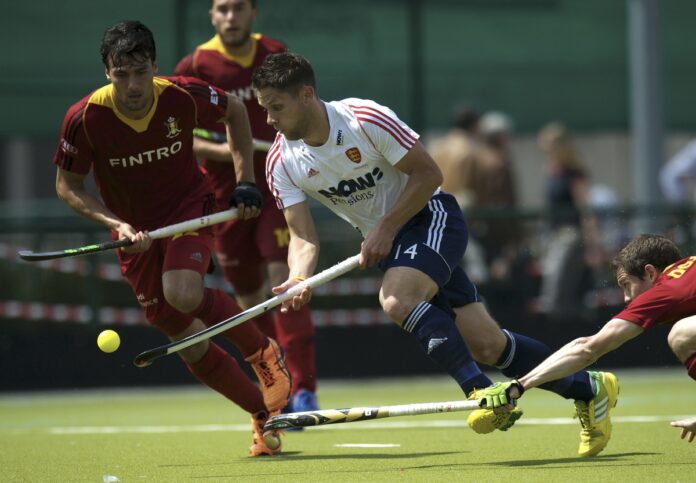 England lost  3-2 to Belgium in their final match of the nour nations men’s hockey tournament in Germany in Dusseldorf on Sunday.

Iain Lewers’ first half goal and Ashley Jackson’s strike late in the game came after England had worked hard to create good pressure on the Belgians, but too many chances went begging.

“It was a game of contrast with plenty of good signs but also some disappointment,” said  England coach Bobby Crutchley. “We didn’t utilise good circle possession to create clear goal scoring opportunities and our reactions were slow in front of goal.

“We were also hampered by playing without Harry Martin and losing Dan Shingles very early on in the game.”

Martin had felt a tightness in his hamstring during Saturday’s match against Germany so was rested for the Belgium game as a precaution, while Shingles received a cut to his wrist from a Belgian stick early in the game and took no further part.

England drew first blood after 17 minutes in what proved to be an evenly matched first half. A penalty corner was re-awarded four times before, finally, a slip from Jackson was glanced goalward by Lewers.

But England were caught napping seconds later, as Belgium went straight up the other end and, from a shot from outside the circle, the ball was deflected into the roof of the net by Sebastien Dockier, leaving England goalkeeper George Pinner with no chance.

England continued to create good circle possession, but paid the price for their failure to add more goals when Belgium took the lead on 48 minutes through John-John Dohman.

Belgium went 3-1 up on 63 minutes from their third penalty corner, Florent van Aubel getting the crucial touch, but England battled on and piled pressure on their rivals.

They halved the deficit on 68 minutes with Jackson scoring high into the net, and they continued to push hard for an equaliser, leaving Belgium defending desperately for the last few minutes.

In the final game of the tournament, Netherlands beat Germany 4-3, leaving Belgium to win the event on goal difference from the Dutch with Germany third and England fourth.