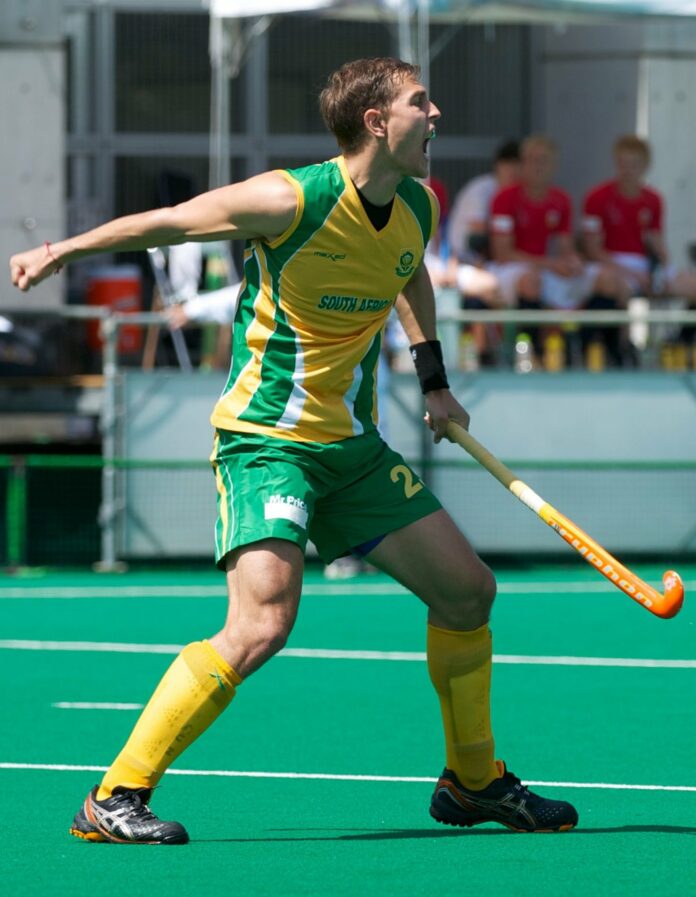 South Africa coach Fabian Gregory has named his squad for the hockey World Cup after a week-long selection camp in Pretoria.

Drag-flicker Justin Reid-Ross returns to the side for the first time since representing South Africa in their 11th-place finish at the London 2012 Olympic Games.The defender had a strong second half of the season at his Dutch Hoofdklasse club, Pinoke, and has just signed for Amsterdam HC for 2014-15.

“We welcome Justin back, he has been playing some outstanding hockey, has matured as a player and is a massive force at PCs – he is probably flicking even faster now and has added another weapon with a disguised flick, which gives him more variety.” said Gregory.

‘It’s been tough having to tell those who missed out on selection – and to hear the disappointment that is so apparent on hearing the news, it is hard to deal with, but generally the guys took it pretty well as I emphasised that this is not the end of the road – they come back into the selection picture for Commonwealth Games.”

That said, Gregory is more than just pleased with the combination of youth and experience in the chosen 18.

“It is always difficult trying to match youth with experience but we have a nice balance and based purely on performance at camp this is the best group we have.”

The team jets off on May 20 after a two-day training stint in Gauteng, starting May 18.