Hockey’s torchbearer for the Gulf: Oman 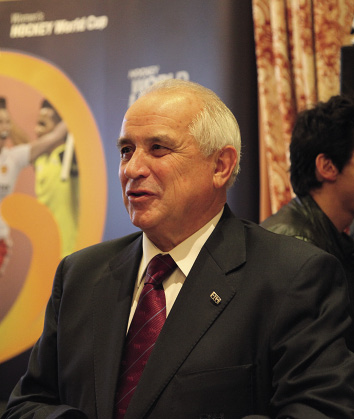 Oman may not be well-known to European hockey fans, but the Gulf nation has the longest and deepest affiliation with the sport of any country in the region, writes Ijaz Chaudhry.

Hockey in Oman dates back to more than a century when it was introduced in the capital Muscat by Asians –mainly by the people from the sub-continent. Originally the game was played on a small scale but was gradually taken up by the native population as well and spread through the country.

Despite substantial activity domestically, it took some time for Oman to take to the international stage. This is understandable if seen in the context of Oman only becoming a member of the United Nations in 1971. The Oman Hockey Association was formed two years later and it became a member of the Asian Hockey Federation in 1977 and the International Hockey Federation (FIH) in 1978.

The country’s maiden appearance in a major tournament was at the 1982 Asian Games, in India – the country where many of the migrants that introduced hockey to Oman had come from. The team was also coached by a well-known Indian hockey personality, Sibtain Naqvi. Later drafted into the newly formed Oman Olympic Committee (OOC), also in 1982, Naqvi remained the technical director of the OCC for almost two decades and has lived in the Gulf country since then.

Oman has now made four more appearances in the Asian Games and, importantly, they have become a regular participant in continental competitions in recent times. Apart from the last two Asiads, Oman also figured in the Asia Cup for the first time in 2013 and appeared in the last two editions of the Asian Champions Trophy too.

For many years Oman was the only Gulf country with an international hockey side. It is now 23rd in the FIH world rankings [one place above Scotland], an improvement of 13 places over last year. They are one place behind the only other Arab country in the top 25 – Egypt.

As far as the domestic hockey goes, however, Oman stands alone in the Arab world , even ahead of Egypt. Football is the most popular sport in this country by a country mile, but if any discipline can be given the next place, it has to be hockey.

The game is played in many parts of the country but the two main centres are the capital Muscat and the big southern city of Salalah. The national championship is acknowledged as the top competition in the Arab world.

The ruling royal family has always been greatly interested in the sport. In 1971 the King H.M. Sultan Qaboos bin Said donated a trophy for the national championships. Popularly known as the His Majesty Cup, eight sides contest the final round in Muscat. They qualify from the two preliminary competitions in Muscat and Salalah. Six sides vie at each venue for the four spots in the final round.

The final round with eight teams is played with a lot of fanfare in Muscat, and with a lot at stake. There are lucrative prizes for the top three teams. Al Nasr, the winners last season, walked away with 45,000 Omani riyals equivalent to more than £70,000. There were individual cash prizes as well for the player of tournament, top scorer, best goal keeper, best coach, and so on.

For the final and the semi-finals, the 3,000 capacity stadium was jam-packed and the game was televised live. The print media gives extensive coverage to the whole competition.

The hockey clubs are mostly patronized by well-to-do Omani people.

Apart from the H.M. Sultan Qaboos Cup, there is a Dhori League in February – also an important tournament where the same 12 teams compete, six in Oman and six in Salalah, but there is no final round.

The resourcefulness of many clubs means players from countries such as Pakistan, India, Egypt and Bangladesh have been plying their trade in Oman. These include some big names. This season Pakistani stars former captain Shakeel Abbasi (player of tournament in the last FIH Champions Trophy) and Shafqat Rasool (the current vice-captain of his national team) played in Oman.

The eventual champions Al Nasr were well served by Ahmed Ezz Mohammed – easily the best player to emerge from Egypt in recent times.

The FIH’s Hockey World League has opened new doors for Oman on the international scene. Before the league, smaller hockey nations struggled to get more than a few international games and often experienced embarrassing defeats in some one-sided contests. But in the first round of the inaugural World League (in late 2012), Oman competed with Azerbaijan, Sri Lanka, Turkey and the hosts Qatar. Azerbaijan won the round. With just one qualification slot for the second round, it seemed curtains for Oman. As luck would have it, however, Azerbaijan withdrew, and Oman travelled to India in February for the second round where they finished fifth out of six sides with a win against Fiji. In the defeat against Bangladesh, Omani Aiyman Al Khatiri was named the man of match.

Oman played no less than nine international matches in the World League, and, adding to this the Asia Cup and the Asian Champions Trophy, 2013 was the busiest year ever for the national side.

It must be emphasised that the national team of this country with a population of 2.8 million comprises entirely of Omani natives, unlike sides representing some other countries in the region.

Bigger opportunities encourage big decisions. Just before the national team’s participation in the second round of the World League, German Oliver Kurtz was hired to prepare the side. Kurtz, a 1992 Olympic gold medallist, has coaching credentials not be sniffed at. He has served as the head coach of Bangladesh and assistant coach of India. He has a former Pakistani junior international Shakir Munir, as his goalkeeping coach. Before the 2013 Asian Champions Trophy, Kurtz took the team to Germany, Holland and Belgium for a five-week preparatory tour. The national team’s manager is an Omani national, Mohamed Batrami, also the manager of the Al Nasr, the most successful club on the Oman’s domestic scene.

In March 2013, Oman hosted the Arab club hockey championship under the aegis of Arab Hockey Federation, which saw six teams in action. On the sidelines of the championship, a six-day high performance coaching course was conducted by Tayyab Ikram, the FIH coaching and high performance director. The final was watched by FIH president Leandro Negre, who especially flew to Oman for the event while also attending the concluding ceremony of the high performance course.

Greatly impressed by the existing hockey structure in Oman, the FIH boss indicated the country has the potential to become the regional hockey centre. Negre proposed the idea of establishing an academy — the first of its kind in this part of the world. He also expressed his appreciation of the performance of the Omani team in the Hockey World League round two, in New Delhi.

As for the future, Oman Hockey Association is leaving no stone unturned. Redha Taqi Al Lawati, the general secretary of the association, announced in early 2013, the plan to launch 16 academies across the length and breadth of the country. Already, 10 have started functioning. Training is being given by local and Egyptian coaches, while national coach Kurtz and the goalkeeping coach Munir also make special visits.

This year promises to be more exciting and busier than ever at the levels. School hockey has been dormant for some time. To revive the once active hockey scene at educational institutions, a school tournament has been planned. As quite a few hockey academies are now operational, an inter-academy competition will help assess and develop the trainees. At a higher level is a regional tournament where selected teams representing various Omani cities will play.

The association also has plans to start a ‘private league’ for participants from the expatriate community, private schools, and private companies. “This will certainly add value to the sport.” Redha said. The ambitious secretary general seems intent on the sport reaching each and every section of the population.

In 2014, the Omanis would also have the opportunity to watch international hockey. Impressed by the facilities, the FIH has chosen Oman as one of the venues for the round one of the second Hockey World League. In the first week of October, Qatar, Iran and Azerbaijan will vie with the hosts for the one qualification spot into round two.

Plans are also afoot to stage a West Asia Cup in Oman. However, the first assignment for the national team is the Asian Games qualifiers in Bangladesh this March. Again, Kurtz has planned a training trip to Europe prior to the qualifiers.

These are exciting times for hockey in the Gulf. Qatar hockey has already taken great strides within a few years of its birth – that country staged the Asian Champions Trophy and a World League round one, in 2012. Hockey in the United Arab Emirates is also on the up and efforts are being made to raise national teams in Kuwait and Bahrain.

This resource-rich region has potential to become an important global hockey centre. Oman’s role will be of paramount importance in promoting the cause of hockey in the Gulf countries because of its rich heritage, well-entrenched roots, domestic infrastructure, public and government interest and a competitive national team.