The Top of the D commends one England star’s ‘bouncebackability’ 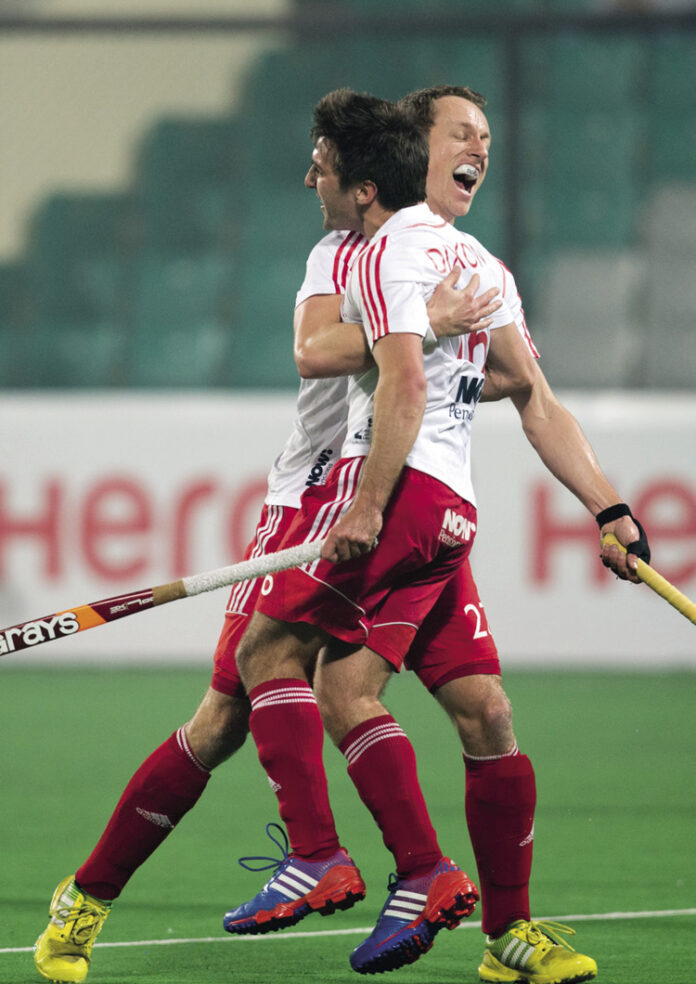 When the Hockey Writers’ Club announced their men’s and women’s players of the year, unsurprisingly, after an incredible year for club and country, Maddie Hinch deservedly scooped the women’s award. Of perhaps slightly more interest to me however, was the winner of the men’s award, Beeston’s Adam Dixon.

Sport is forever throwing up stories of players and teams ‘bouncing back’ whether it’s from defeat or some other disappointment. In Dixon’s case, this award is the latest example of how he has done just that.

Cast your mind back to the build-up to the London Olympics in 2012. I vividly recall speculating with some friends over who would make the final squad to play at the Riverbank Arena for Great Britain. One player who featured in all our lists and who was seen as a shoe-in was Dixon. It is not an exaggeration to say I was both shocked and extremely disappointed to see the Bees’ captain omitted.

Dixon himself, as you’d expect took it hard, deciding it was too painful to watch even a minute of the tournament and instead he disappeared off to Europe in a camper van with his girlfriend.

“It was absolutely heartbreaking missing the Games,” he said. “I went away for five weeks. I could not bear to be sitting there watching us without me playing and not being able to do anything about it. That break did me the world of good.”

As the 2012-13 domestic season kicked off a few months after the end of the Olympic tournament, I watched with interest wondering how the 27-year-old would react to his heartbreak. Non-selection for any team is a blow to even the best athlete’s confidence and many players’ performances suffer as a result. Some have even decided to wash their hands of the whole situation and walk away from the game altogether. Dixon did neither.

Beeston cruised to the league title, clinching the crown with over a month of the season still to go. They also swept all before them in the championship play-offs, demolishing Surbiton in the final 5-1.

In addition, the club had an exciting and successful run in the Euro Hockey League, losing in the KO8 stage to eventual winners HC Bloemendaal. Dixon was a key component in Beeston’s success, a fact not lost on his peers who voted him the league’s player of the season.

He has returned to the international fold, too. Most recently he helped England to an impressive bronze medal at the World League Final in India, a country where he will play yet more hockey over the next month as he lines up for the Mumbai Magicians who secured his services for the Hockey India League.

Nothing will ever make up for the pain of missing out on a home Olympics. It is every hockey player’s dream to represent their country at such an event. Since that fateful announcement, Dixon has shown terrific depth of character and the outstanding ability I always thought he had. Exactly the qualities needed for Rio, surely?