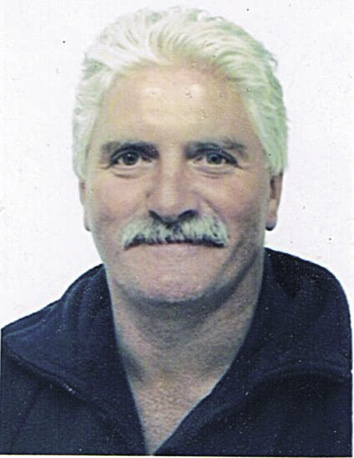 If ever a player captures the spirit of hockey, it is veteran George Guy is well known in Scotland for his contribution to hockey. A former international, he has had a prolonged hockey career, with veterans competition now a key part of his life, alongside coaching.

Guy’s goalkeeping experience has helped developed national talents like Allan Dick and Colin Johnstone. And his love of the game is something he hopes can be carried forward through the generations

Dan Pilgrim caught up with the veteran keeper to talk goalkeeping, north and south, the upcoming masters World Cup and much more.

Having observed their development over the years, how do you reckon Scotland are faring at the moment?

Our men and women’s international teams are both doing well, but their success is a double-edged sword. A lot of our top players now play outside Scotland, with Kenny Bain at Hurley in Holland, Chris Grassick at Surbiton and Emily Maguire at Reading. The downside of this is that it has lowered the overall standard in Scotland, with players feeling they have to leave to further their international aspirations, especially those who want to play for Great Britain.

Currently 90% of Scotland’s men’s squad play outside the country. On the upside a lot of very good young players are getting the chance to play at a higher level earlier and our youth coaches are turning out some excellent players.

Looking back on a long sporting career what message would you send to young people about the importance of sport?

Team sports have given me so much over the years and I am a great advocate of them. I started off as a rugby player in my native Hawick in the Scottish Borders. I was lucky enough to be taught the sport by the legendary BBC commentator Bill McLaren who was my PE teacher at school.

His love for his sport and his unbridled enthusiasm inspired a whole generation and when I switched to hockey when I moved to Edinburgh I took everything he had taught me into my new sport.

Young people can learn so much from sport, and the way it is taught and coached is vital in them staying with it as adults. I am a great believer in fun during sessions and positivity. Don’t let anyone ever tell you that you can’t work hard, focus and improve and have fun at the same time.

Hockey in particular has given me so much over the years and I am more than happy to give my time to the sport, especially to young people.

It is so important that we give all players of all abilities a love for the sport. Not everyone can play for their country or at the highest levels of club competition but they can all get enjoyment from playing at a level that suits them.

With your recent illness, how much of a part did you feel hockey played in your recovery?

When you’ve been fit and healthy all your life being told you have cancer [of the oesophagus] is a real shock and really puts your world in perspective.

I had a period of 10 days from the initial diagnosis where tests and scans were carried out before my wife and I sat down with a consultant, who told us my tumour had been found early and was operable.

That 10 days was the longest of my life but hockey was a massive factor in what happened next. As a big fan of Facebook I thought the easiest way to let people know about my illness was to post it on my Facebook page. I knew I would get a few responses but was astonished to receive hundreds from all over the world.

The vast majority were from ‘the hockey family’ and ranged from people I knew well to relative strangers where the game was the only connection. Apart from the time I was in intensive care I have posted regularly about my progress and every clear check-up is greeted with enthusiasm by my hockey friends.

How does it compare, representing your country as a player and then as a vet?

To represent your country is the pinnacle for any sportsperson whatever age you are.

The first time you pull on an international shirt is an amazing feeling and when it’s in a team sport it’s even better. Standing with your team and hearing your national anthem played brings a tear to most people, even the cynical ones, and it’s a feeling that never leaves you.

When masters hockey first started it was mainly for fun with enthusiasts from a number of countries getting together to play each other and talk about old times. Now it’s all official and is starting to attract back some of the top internationals who had been lost to the game. A lot of these players, when they retired from top-flight hockey, found the idea of playing ‘down the club’ unappealing and as a result were lost to the sport.

Masters hockey has rekindled their love for the game and we are seeing more and more starting to play regular club hockey and helping the next generation.

What chance do you feel Scotland have in the masters World Cup in Holland this year?

Scotland has taken masters hockey very seriously and the preparation for the World Cup is well underway. My own squad, the 55s, have been in training since November last year and are looking good. I am amazed at the fitness levels that men in their mid- to late-50s can achieve and the standard of hockey would surprise a lot of young people.

In the inaugural masters World Cup in Canterbury in 2012 they finished third behind Australia and England and ran Australia very close in the semi-final. Recent games with world champions England have been very close with draws and single-goal defeats being the norm. Having missed the last World Cup due to my illness I am working hard to make sure I make the squad.

Rotterdam is a fantastic venue and the Dutch will organise a fantastic event. I’m pretty sure they will be fielding a very strong team as well so that they can put on a good show for the home fans. England will be one of the favourites but we relish our games against them and look forward to meeting them in the later stages.

After Alistair McGregor’s achievement breaking into the GB squad in his days at Loughborough, and his level of play at the Beijing Olympics, do you think another Scottish goalkeeper could repeat the act?

Alistair was a phenomenal talent and worked very hard to get to the highest level. We were very proud of him in Scotland and he inspired a whole host of new goalies.

It wouldn’t surprise me to see a Scottish keeper back in the GB [men’s] squad, and Amy Gibson’s performance at last year’s European Championships was a testament to the work being done.

While there is no doubt that the overall standard is higher in England than it is in Wales and Scotland, I do think that the selectors could gain from occasional trips outside England.

In Scotland we now have days where a number of top games are played in one venue over a weekend. That would allow selectors to see a big cross-section of talent without travelling all over the country . A flight to Edinburgh or Glasgow is only an hour and I am sure we could organise some transport to the venue. You only have to look at the number of Scots now playing in England to see that the talent is there but not everyone can move down south due to family, work or educational commitments – they shouldn’t be discounted.

With talent emerging in the likes of Kenny Bain and others, what do you think of Scotland’s strength in depth?

Kenny Bain has made a massive impact in Holland appearing in their [Hoofdklasse] ‘team of the week’ more than once. David Forsyth and Ian Scholfield also play in Holland and Chris Grassick is currently captaining Surbiton.

Scotland has always produced fit and talented players and it will be no surprise to see more of them involved with GB in the future. The next generation is full of talent and the standard is improving all the time.

Being involved in Scottish hockey as a coach, who should we look out for on the radar?

There are a number of talented U18s at the moment some who have already played with the U21s.

Some to watch out for are Jack McAllister of Kelburne, Hamish Imrie of Grange, Patrick Christie of Inverlieth and James Carrie (GK) of CALA Edinburgh. There are others with the right skill sets and attitude to go all the way and I look forward to seeing more Scots involved with GB in the future.