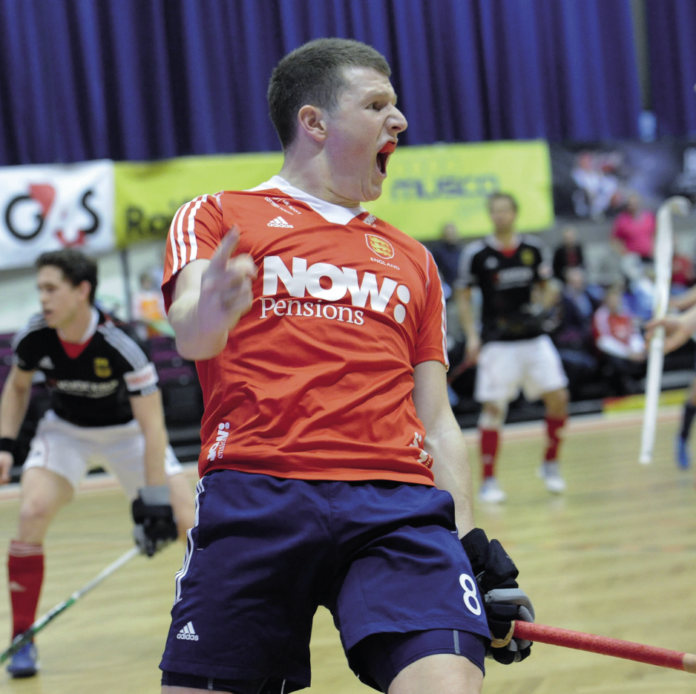 England will not be represented at next year’s indoor world cup after both men’s and women’s sides were relegated from the top-level European championships.

In Vienna, Germany’s men retained the European title they have now won 14 of the 16 times the championships have been held.

England pushed the eventual winners as hard as anyone in the tournament but Germany eventually won the pool game 10-8. Cannock’s David Beckett levelled the match at 8-8 with three minutes to go before two goals from captain Moritz Fürste condemned England to a relegation battle.

England and Germany were both hit hard by the date clash, January 17-19, with the hockey World League Finals in India and Fürste was one of the few recognizable names in the indoor World Champions’ line-up. England included four international debutants in their squad – Harry Gibson and Chris Griffiths from Loughborough Students, Sam Ward from Beeston and Chris Newman from Reading.

A string of close results saw England finish last in the tournament. They lost 7-6 to the Netherlands fought back for a 3-3 draw against Russia, tested Germany, then lost 7-6 to Sweden and 3-2 to the Czech Republic.

England indoor coach Andy Halliday said: “Although bitterly disappointed not have achieved a better final placing, I am nevertheless proud of the effort and the progress from this squad of players.

“Indoor hockey at this level is uncompromising, so I hope we are able learn from this tournament and continue to build for the future.”

Germany won the final against hosts Austria, on January 19, with a shootout after the game finished 5-5. It was that man Fürste again who scored the decisive goal when the shootout went to sudden death.

Along with the finalists, Russia (third). Poland (fourth), Netherlands (fifth) and the Czech Republic will all be at the World Cup in Germany in 2015. Seventh placed Sweden were relegated along with England.

The group showed strong progress over the weekend, after a opening 7-0 loss to eventual champions the Netherlands. They also lost 4-1 to the Czech Republic, 5-3 to finalists Germany before beating France 3-0 thanks to a Bray hat-trick. A final day 4-3 loss to Belarus sent England back to the Championship II for 2016.

After the final game, coach Jason Lee said: “I am convinced if we came back next weekend we would be competitive at the top end of the competition, such is the progress we have made.

“This has been a useful experience for the players and hopefully they will transfer some of the lessons to benefit their outdoor game.”