Gaynor Nash; Is the Reading habit good for you? 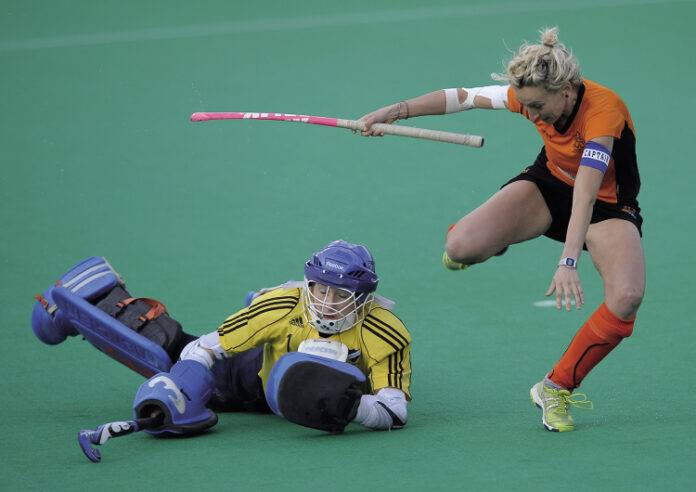 The most successful club of the modern era has to be Reading. Not only does it have a very strong men’s team, a regular participant in the Euro Hockey League, but the women’s side currently sweeps all before it both indoors and out. Success, it has recently been pointed out, comes at a not inconsiderable cost, even to a club that, with its own ground and clubhouse, has the potential for income generation and often stages England Hockey competitions and international games. The fact that Reading has gone public with its financial plight, which at worst could see it pulling out of European competitions in the future, is disconcerting for all hockey clubs with ambition and dreams. To see Reading seeking donations via social media and traditional media sets alarm bells ringing but I am glad to note that the much-touted ‘hockey family’ has been generous and supportive.

Of course, were our sport able to attract greater media attention, Olympic medals notwithstanding, and more substantial sponsorship deals for our clubs, the sport’s well-spring, would be forthcoming. If we could attract a fraction of the coverage and money that goes into football we’d be laughing. I am sure that this is a concern that keeps people at England Hockey sleepless and in a cold sweat all night.

It won’t surprise you that Reading’s anxieties have been felt at my club, Leicester Ladies, for some time now. Our first European foray came in 1995, all the way to Cardiff, but over the subsequent 18 seasons various successes have led us to places like Utrecht, Cologne, Vienna, Edinburgh, Ourense, Hamburg and, most memorably, Baku in Azerbaijan. In 18 seasons there have probably been at least a dozen European championships. For each we had to fund-raise – from bag-packing in supermarkets to quizzes and raffles as well as coaching camps. Each time we also had to ask players to pay too, many of them hard-pressed internationals, some of them students, many of them forced to take unpaid leave as well. We would never not want to play in Europe (something we feel quite keenly this season when, just beyond the halfway point, we are outside the play-off places) but it is never easy to find the funds.

Leicester has been lucky in having earned good sponsors over the years, not least our current sponsors, the estimable Pukka Pies, but when a sizeable chunk of the sponsor’s money goes on the European venture it makes investing in other aspects of club life hard. Unlike Reading, we do not own our pitch or our land. That means the cost of replacing it in time does not fall to us and that must be a real challenge for Reading. One day we’d like to be in their shoes, tough though that challenge must be, but as things stand one of us is going to have to win the Lottery.

Losing on penalties in last season’s play-off final to Reading means that this year, we have been ‘invited’ to host the European Trophy from June 6 to 9. It’s England’s turn and sod’s law it falls to a women’s club with little hope of doing a Den Bosch and turning it into a lucrative opportunity. England Hockey cannot help financially; its financial eggs are all in the Legacy pitch basket. To complicate matters further, we are unable to host at our regular ground, Leicester Grammar School, but a big thank-you goes to Loughborough University who have been very supportive and fair and will help us in hosting it there. Our own fund-raising efforts have begun in earnest. We have already pulled in good sponsorship towards our £30,000 target as hosts but there will be raffles, quizzes and race nights aplenty in the months to come.

We hope that people will come to see good hockey at decent prices, buy a pie and a pint and support our team. Opposition comes from Moscow, St Petersburg, Dublin, Madrid, Antwerp, Sumy and Minsk and we plan to welcome them all warmly and send them home beaten but with fond memories of Leicester. See you in June!

SHC Camps, run by Surbiton Hockey Club, aim to provide the most innovative, fun and inspirational hockey camps in...
International