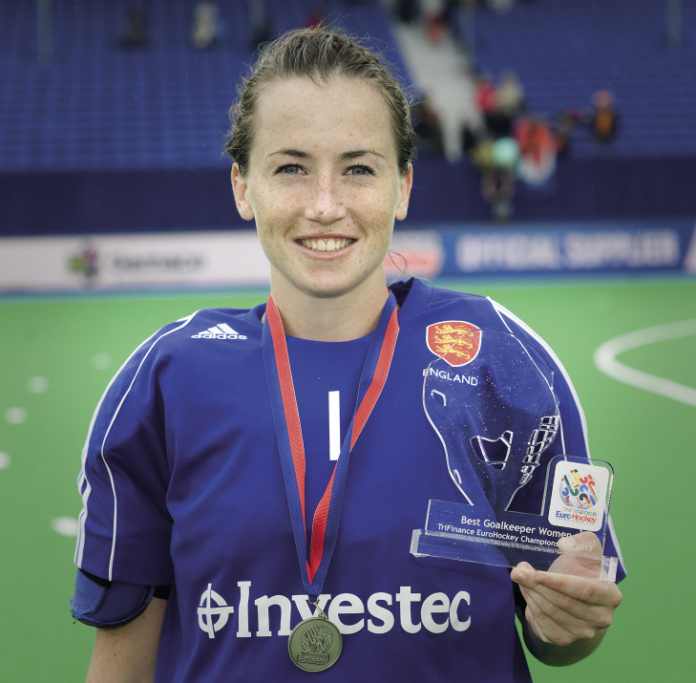 So, England has a new hero, or, rather, another new hero. George Pinner, keeper of the tournament at the World League Finals in January, is the second England goalie, after Holcombe’s Maddie Hinch, to have staked an irrefutable claim to ‘world-class’ status in the last couple of months (Hinch’s stellar performances, you’ll remember, were central to England’s charge to the bronze medal at the women’s World League Finals in December).

And so the GB goalie conveyor-belt keeps on rolling. Beth Storry and Abi Walker were tough acts to follow – and yet, in Hinch and Kirsty Mackay, women’s coach Jason Lee finds himself with ready-to-roll replacements. It can’t be just good luck,
can it?

There’s something appealing about the idea of a national speciality in sport – like, in days gone by, Wales turning out an endless stream of jinky, sideburned fly-halves in rugby union, or Scottish football cornering the market in feisty, five-foot-two wingers.

But is it realistic? Is there really something about a given country that lends itself to the production of goalies, full-backs, strikers, or even umpires?

One thing worth remembering is that what feels like a tradition is sometimes pretty much just one bloke. You can say that English football goalkeeping ruled the world for decades, but that’s largely because Peter Shilton was the England goalkeeper for 537 years (approx.). Goalies tend to stick around for a while; the sense of long-term continuity that long-serving superstars like Ian Taylor or the Netherlands’ Guus Vogels bring to a side can sometimes be illusory.

But English goalkeeping is, of course, a genuinely strong tradition – in hockey as much as in football. Just as Ray Clemence, Shilton and then David Seaman helped maintain England’s global reputation for strong ‘number-one manship’ in footy, the likes of Hilary Rose, Taylor and Simon Mason established Britain as a world-leader in the hockey-goalie industry (it’s telling that Rose and Taylor were the only GB players to make it into the World XIs named by Aussie legend Ric Charlesworth).

Things get more tricky – and a little more delicate – when we consider Scottish goalies. In football, years of corny Saint-and-Greavsie gags at their expense has left the Scottish football goalie labouring under a (rather unfair) reputation for calamity and ineptitude. Without the Scottish thread in hockey keeping, however, GB would have missed out on the remarkable talents of Veryan Pappin (this column’s all-time hockey hero), Walker and Ali McGregor. One football writer’s assertion that “one day they’ll discover that there’s a goalkeeping chromosome and that it’s always been hideously deformed north of the border” could never be said to apply to our sport.

In some ways, a goalkeeping ‘conveyor-belt’ is self-sustaining. A good goalie is, in effect, an advert for goalkeeping; when a world-class goalie comes to prominence, she or he becomes the one all the kids in the schoolyard want to emulate. Goalkeepers breed goalkeepers (not literally). This is what happened in the Soviet Union with football keepers; “No nation,” Jonathan Wilson has written, “idolises its goalkeepers as Russia does” – and so the USSR produced two of the greatest goalies the world has ever seen.

Then there’s the contribution made by coaching. Individual goalies come and go, but training set-ups and structures, remain, instilling the same values, deploying the same world-leading techniques. And it doesn’t hurt when one of your world-class goalies (like GB’s John Hurst, who with Pappin and Taylor made up a golden trinity of GB No 1s in the 80s) sticks around to bring through the next generation.

Or could there be something more fundamental going on? Is it something to do with our national psyche? Some might identify a strong strain of defensiveness in the English sporting DNA, a dour, dogged none-shall-passism. We are, after all, the nation that produced Geoffrey Boycott. Does this same mindset also cause us to produce world-class hockey goalie after world-class hockey goalie?

Well, for one thing, it’d be a foolhardy man who accused McGregor or Pappin of being dour or defensive. After all, it was Pappin’s daredevil charges from his goalline, according to some accounts, that spurred Taylor to push the limits of what a goalie could do. So maybe that’s it in a nutshell: English resolve augmented with Scottish flair, the two elements united in the all-conquering GB number one jersey?

Too simple, of course. The on-going excellence of GB’s ’keepers might be a result of any or all of these factors. Or it might be down to the goalie-enhancing properties of Marmite and drizzle. Or (whisper it) maybe we’re just lucky.