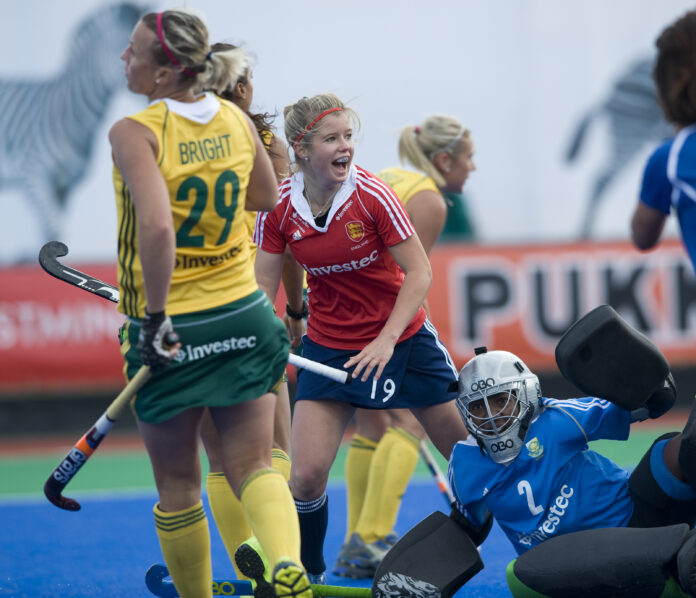 It wasn’t too long ago that England were also-rans at world-level events – think men’s football. Of course there was never any of football’s out-of-control flag-waving followed by bitter ‘state-of-the-game’ recriminations. Frankly, not many people cared. All that started to change with a bronze medal in the 2010 World Cup – and we get to say all this because Push was one of the few in the UK media who went to Argentina then.

That success, and the subsequent bronze medal for GB at 2012 Olympic Games, produces marginally more pressure from expectations and media interest. At least, however, those hopes have a realistic basis. What other World Cup are England going into this summer with a real chance of bettering their third-place finish four years ago? Hmmm.

To continue with the praise, one has to admire England for the way they have followed up after London 2012. With the inevitable post-Olympic churn, plus the return of key players to their home nations, World Cup qualification was initially a concern. But that was accomplished with panache on a march to an eventual third-place finish in the World League. That bronze medal came at the expense of home side Argentina via a shootout after a 1-1 draw. It was England’s third major shootout of 2013. The other two came in the Euros where it was won-one lost-one . They defeated the Olympic champions the Netherlands in the semi-final shootout before losing the decider to Germany in the same way. And over a spectacular year for her, goalkeeper Maddie Hinch established herself as a shootout specialist.

The post-Olympics World Cup can be a minefield for successful teams – the back-to-back Olympic champion Hockeyroos, for example, only managed to finish fourth on home ground in Perth in 2002. Since 2012, England have, however, been spurred on by some exciting players who didn’t quite make the Olympics and who have blossomed under the more aggressive style of post-2012 women’s coach Jason Lee.

The high-risk, high-reward approach Lee took into London 2012 with the men’s side produced a fourth place – GB’s best Olympic result since gold in Seoul 1988. But it’s fair to say the hosts couldn’t quite match it with the medallists in London – Germany, the Netherlands and Australia.

This England’s women’s squad is different. They have the confidence, depth and firepower to deliver big results in big games. A likely semi-final against Australia or the Netherlands beckons if the tournament goes to form. Let’s ride that expectation train and think just how fortunate we are.

Player to watch: Sophie Bray: Bray will feel right at home in the Netherlands as she plays her club hockey for MOP in the Hoofdklasse. She has a rocket-shot forehand and backhand.

We assume you follow @pushhockeymag and even @EnglandHockey. Try these too:

For sheer quantity it’s hard to beat Twiggy – 12.5k followers can’t be wrong. She has definitely become more mundane as she grows in fame, but that’s the price of success, I guess.

This straight talking midlander has always been one of our favourite follows on Twitter. Unfortunately she’s by no means certain to make it to the Hague as she is recovering from back surgery. Follow her progress on her blog at http://backtomybest.blogspot.co.uk/  She might not be in the final squad but Helen Richardson-Walsh will always be very much part of the team.

Funny, frank and loves a #selfie what more can we say?

Probably Tweets fewer photographs than he should but we buy a lot of his pics – he will be in the Hague!