Hockey World Cup 2014 pool A: A three-way dogfight with Netherlnads expected to dominate 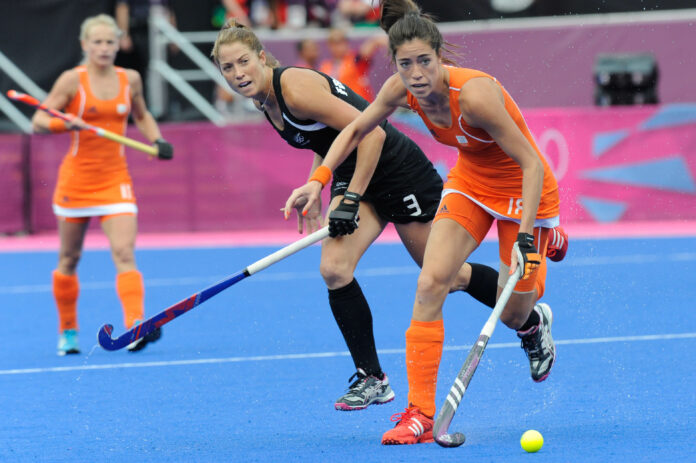 It would take a brave or rich woman to bet against the Netherlands taking at least one of the semi-final spots from pool A. And the home side will not be satisfied with anything short of first place.

The Dutch are not, however, the dominant force they were going into last World Cup, when the name of the game was avoid them at all costs in the semi-finals. The rather happy reason for the fading air of entitlement on the Netherlands’ part is not that the Dutch are any worse – it is that the rest of the top-five have improved.

Argentina burst the Dutch balloon by inflicting a 3-1 defeat on the Olympic champions in the 2010 World Cup final – albeit there were the special circumstances of the Luciana Aymar factor in her home World Cup. But England had already matched the Dutch in Rosario, taking them to strokes after a 1-1 draw.

At London 2012 it was New Zealand’s turn to take the Dutch to a semi-final shootout, and lose. That came after an epic 2-2 draw in one of the best matches of the Olympic Games.

In 2013, Dutch infallibility was further wounded when England avenged that Rosario defeat with a European semi-final win. That game went to a shootout after a 1-1 draw. The Netherlands had gone from being the unbeatable team to being the team to beat.

Australia, who finished fifth in 2010, are a vastly improved side this time around. Korea are not the force they once were, but remain hard to beat, while Japan may well be the surprise packet in the pool. The Asia champions were never completely outplayed in the Rosario World Cup, only losing 2-0 to Netherlands, 1-0 to Australia and drawing 0-0 with New Zealand. Hockey has received a major boost in Japan in the wake of the successful Tokoyo 2020 Olympic bid. The Hague might be a little early for Japan to start making their mark but they should perform above their ranking of nine.

Belgium are another side on an upward trajectory. The Red Panthers are two-three years behind their men’s team in terms of development but they are growing in confidence in the wake of their first Olympic Games in 2012, where they finished 11th. They struggled under the weight of expectations at the 2013 Europeans, finishing fourth at home in Boom. They might be more relaxed in the Hague.

No-one had ever tried to run the Dutch into the ground the way the Black Sticks did in the London 2012 Olympic semi-finals – and they so nearly succeeded. The Black Sticks’relentless pace unnerved the Dutch and it was, in the end, two corners from Maartje Paumen that kept the Dutch alive at 2-2 and set up a shootout win for the defending Olympic champions.

Can this rematch live up to that? The physical and emotional cost of that defeat left the Kiwis a spent force for the bronze medal game they went on to lose to GB. Would they still go all-or-nothing in a pool match with two more to play? We hope so!

This is another eye-watering encounter for Saturday evening viewing. Much will depend on how the Netherlands are faring after the New Zealand game two days before. Australia, with a morning game on Thursday against the less muscular Belgians, will have had more rest too. They will throw the kitchen sink at the Dutch.

A probable semi-final decider between two attacking teams against the backdrop of one of sport’s great international rivalries – this should be a ripper.