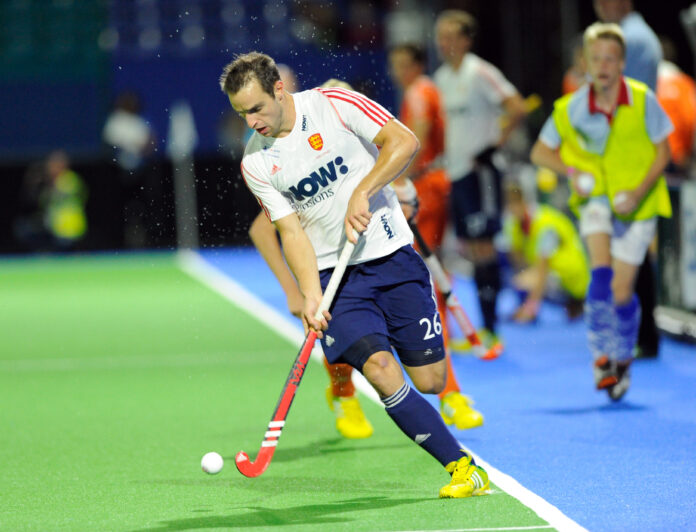 England outperformed all expectations during 2013. At the start of the year, even qualifying for the World Cup seemed in doubt following a swathe of high-profile post-Olympic retirements and the appointment of a new coach.A further obstacle came when the World League semi-final was moved from Germany to Malaysia – traditionally a graveyard for European teams. Suddenly the World Cup seemed a very distant possibility. The side, however, rose to the challenge with a third-place finish in Johor securing a booking for the Hague.

The England group of 2014 do, however, have a tough mark to hit if they are to match the standard set by the class of 2010.

That fourth-palce in Delhi was arguably the best England/GB played in the four-year cycle, including the fourth-place finish in the London Olympics. The defence was led by a rock-solid Richard Mantell (until he suffered an horrendous leg injury against Pakistan in England’s third game). Ashley Jackson and Barry Middleton were also at their lively best, despite the dust and heat. It was only an inspired performance by the retiring Guus Vogels that came between England and a bronze medal as the Netherlands won the play-off 4-3.

The England of 2014 do, however, also have many admirable qualities. Coach Bobby Crutchley produced good World League results based on strong defence and enough firepower to get one or two goals ahead. Indeed with defender Dan Fox, who was a late call-up in 2010, and former Ireland international Iain Lewers taking charge, the defence is starting to regain some of it’s previous Mantell-esque frugality.

In the midfield, the international retirement of Glenn Kirkham was a major loss, but Reading’s Nick Catlin has continued the development he showed during the 2012-13 season at Royal Racing Club of Brussels.

In July, Jackson returned from the World League in Malaysia for ankle surgery. He had been playing on one leg for eight months and, following his recovery, his hockey is again approaching the heights of 2009-10.

England are still heavily dependent on the Jackson-Middleton combination for inspiration. And Jackson remains the side’s most potent corner weapon.

The goal-scoring options are, however, broadening out with Reading’s Tom Carson a steady contributor from both corners and open-play. Former Ireland forward Mark Gleghorne – who also limped off in Malaysia is now fully fit after a horror run of injuries (see page 22). He adds another dangerous corner option and valuable creativity around the circle.

Player to watch – Nick Catlin: The livewire that is Nick Catlin is always on the lookout to carry the ball and create something dangerous. He just runs and runs.

For plenty of chat and a slightly ironic tone, it’s hard to go past defender Dan Fox. If there’s some sort of Twitter mickey-taking going on within the England team, you can bet Fox is involved somewhere.

He get’s a mention elsewhere and we don’t want fame to get to his head – follow England’s number one for some straight-talking and joyously un-politically correct banter.

For behind-the-scenes insight, follow the tireless efforts of the England team manager to keep the show on the road. Expect occasional news of whippets and Watford FC.

This follow is nothing to do with England, but if you want some intelligent discussion on the rules and their interpretations in the Hague, this is where to find it. One of the folks behind FHumpires.com is Keely Dunn who has 100+ international games under her belt, so she knows what she is on about.