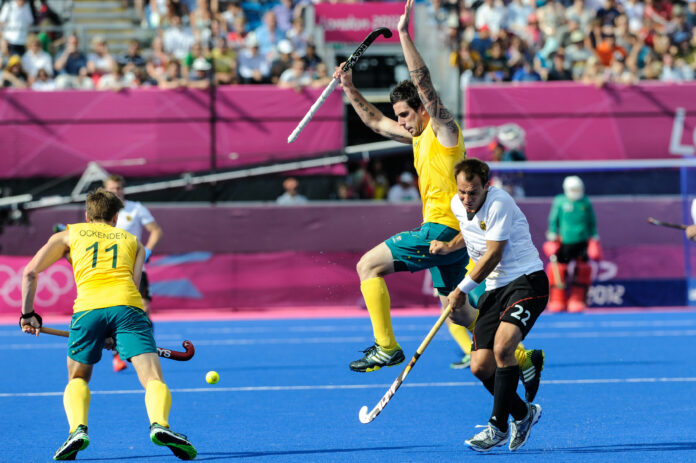 The World Cup in The Hague will mark the end of an era for Australian hockey. Revolutionary coach Ric Charlesworth announced in March he will leave his post after the Commonwealth Games in Glasgow, which follow the World Cup, writes Jack Banister.

This Kookaburras squad has all the credentials to give one of hockey’s greatest thinkers a fairytale finish, and it is built upon a series of innovative concepts Charlesworth himself pioneered. Blessed with unparalleled positional flexibility, this is a side that rested big guns Jamie Dwyer, Matt Swann, Rob Hammond, and Fergus Kavanagh for the World League finals in January. With over 750 caps between them, their exclusion from the side that finished fourth in Delhi exemplifies the squad depth Charlesworth has created.

Traditionalists might suggest that Australia have not been seen at full strength this year, but they’d be missing the point. In Charlesworth’s eyes, strength is as much about the players that don’t go the World Cup as the ones that do, and he will ultimately be comfortable and confident regardless of what names appear on his team sheet in The Hague.

After years of rotational captaincy, the armband is now worn solely by veteran Mark Knowles, who works alongside five leaders and five apprentice leaders under a new leadership model. All eleven leaders are in charge of different areas of life in the Kookaburras squad, from tactics and training to socialising off the field.

The side’s results in the World League in Delhi were solid despite hiccups against the Dutch and the English, and if results at the more recent Sultan Azlan Shah cup in Malaysia are anything to go by, the Australians can be expected not to falter against the weaker sides in their group. They romped through the pool stage in Malaysia, scoring 31 goals, and shipping just three. Resounding pool victories against their sternest opponents, Korea and Malaysia – 5-1 and 6-2 respectively – were backed up by their performance in the final, where the Malaysians were again on the receiving end, this time of an 8-3 thrashing.

They’re likely to comfortably see off India, Malaysia, and Spain, but will be seriously tested by Belgium and England – two sides who have troubled them at the recent World League round three and four events. That said, it would take two big hiccups for the side not to feature in the last four, and they will be very confident they can defend their crown.

Govers looks set to be one of the Kookaburra’s most important players in The Hague. He was the leading goal scorer at the World League finals, where he demonstrated his goal poaching instincts, prowess from corners and versatility to play across the midfield and forward lines.

Hockey Australia
@HockeyAustralia on Twitter
The Aussie Izvestia is extremely active on social media and on its own website during big tournaments. Of course you’ll only hear about Australia and the match reports are spectacularly one-eyed, but they are generally preaching to the converted.
The individual squads also have their own Twitter accounts (and of course Facebook pages) too – see
@Kookaburras  for the men

For a bit more fun, follow the players – you can find more from
@HockeyAustralia ‘s manic retweets.

Jamie Dwyer
@JamieDwyer on Twitter
Plenty of comment from the five-time world player of the year who will be bound to relish his final World Cup.
He also likes a photograph so look over on Instagram at instagram.com/jamiedwyer01

Kieran Govers
@Wizza27 on Twitter
The much-tatooed striker reveals a softer side on Twitter, chatting with hockey pals all over the world and posting plenty of pictures.
Hop over to his facebook page ‘Kieran Ian Govers’ for the occasional competition giveaway.