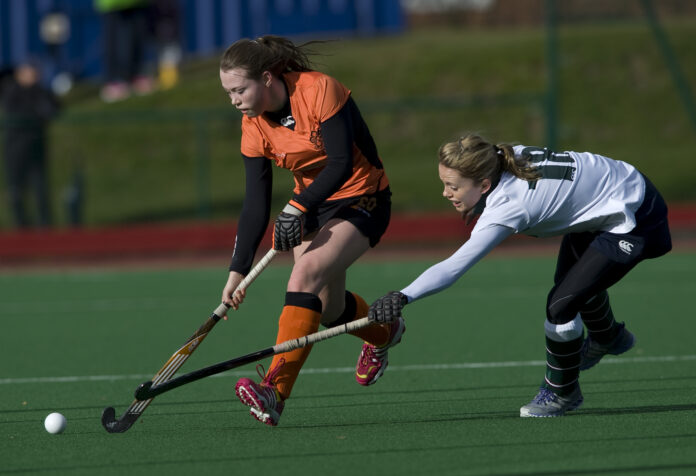 So, another domestic season has come to an end, with, as I write this, just the crucial play offs for titles and promotion/relegation issues to be determined. On a personal level I have really enjoyed the season and, to be honest, don’t want it to end. I coach a great bunch of players at Leicester Hockey Club and Tweet most Wednesdays after training about how much pleasure I have had from working with a group of girls and women that really listen hard, want to learn and are very supportive of each other. We may not be Aymars or Dansons (yet, in some cases) but the effort is there. I also still love playing. My 60th birthday is coming up fast but I still have moments that make opponents gasp – the trouble is I do much more gasping trying to keep up with them.

Recently, the fourths who I coach, pushing for promotion, played our fifths, who I player-coach. The weather returned to sub-Arctic but the competition on the field was hot with the fours running out 3-0 winners but so much to be proud of in the play of both teams.

Elsewhere our firsts, so often English champions or runners-up, were playing out a relatively meaningless win over already-relegated Olton. Going into the game they knew that the likely win and the equally likely defeat for Clifton still would not see them overhaul the Bristolians.

It’s been a tough season. It began with the loss of Maddie Hinch, big kickers to fill, the move back east of Chloe Rogers and the confirmed retirement of Annie Panter. After a season without Crista Cullen we still hadn’t found anyone to convert a decent percentage of the penalty corners won. Finally, Jo Hunter broke her collarbone and played her first game since Christmas in that last match.

Games that should have been won were lost by a single goal and, ultimately, the table doesn’t lie. The real bonus has been the chance to develop some outstanding youngsters who have had the pitch-time needed to make real progress. With four in the England U18 squad the omens are good for the future, and we still have much to look forward to before this season is done.

The club is soon due to receive Freedom of the City of Leicester for work done over decades to promote the city’s good name, and offer sporting opportunity to the women of the city. The ink will scarcely be dry on the commemorative scroll and we will be hosting the European Club Trophy. I can’t say that it was something we would have opted for but since being handed the responsibility it has become something we want to take real pride in. Teams from Russia, Ukraine (yes, that could be interesting), Ireland, Belgium, Spain and Belarus will join us for matches at Loughborough University from June 6-9. We are still looking for additional sponsorship so anyone keen on an involvement can contact us at euro2014@leicesterhc.co.uk Hockey family, please come and join us at Loughborough in June.

Finally, you know that I am a big opponent of the ‘rules is rules’ mentality. Well, we at Leicester have fallen foul of it again. Our excellent U18s qualified for the national finals but it turned out that a guest player from another club, who we were told would not be a national league player this season, did in fact subsequently play in the league. That we were allowed to reach the finals, the guest having played in earlier rounds, before this was pointed out to England Hockey by another club in those finals was hugely disappointing. The girls would have been desolate had they been disqualified after an early round but for it to happen when they had reached the final four was heartbreaking for them and us. I wonder how those decision makers would feel face-to face with our girls?

Good luck to all those teams in those end of season big games. Best wishes for the close season all, keep following the Nash nattering at @Gaynor54 for my thoughts on such things as the new game format for top level hockey, the World Cup, life, the universe and everything.

Share
Facebook
Twitter
WhatsApp
Linkedin
Print
Previous articleFirst Amongst Equals: Growing old (dis)gracefully between the posts
Next articleMuseum Piece: The problem with hockey’s history is that the goalposts keep moving