First Amongst Equals: Growing old (dis)gracefully between the posts 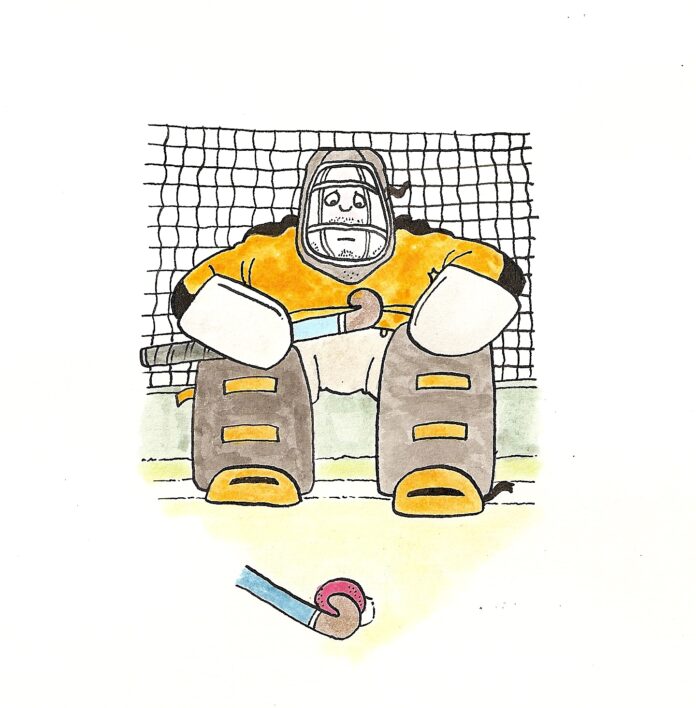 Age, as all us positive thinkers know, is just a number. Just a number that reflects our progress along the road to decline, decay, and inevitable death. Nothing to get gloomy about.

Age has been on my mind lately. I thought of it on Saturday, when an apparition that I can only describe as an elderly man sent an edge-of-the-D strike whistling under my chin and into the roof of the net. Turned out the guy was a big name on the over-65s county circuit. Maybe there’s hope for us all yet, I thought.

This weekend, conversely, it’ll be on my mind as my dad, who’s 60-odd, plays his last game for the club he’s been turning out for since the mid-70s (my club, too, not incidentally). He was a goal-poaching greyhound in his early days, first-team top scorer season after season. But no-one can keep that up forever – your legs go, your lungs go, your joints betray you, and you start thinking, as a spotty 14-year-old right-half nutmegs you for the third time, that, on the whole, you’d rather be out on the golf course.

As a goalie, though, things are different. The hints from the hockey gods are more subtle. Being outsprinted by an opponent isn’t a sign that we’re getting old; it’s a sign that we’re carrying 15 kg of foam-rubber, and the opponent generally isn’t. Aches and pains after a game don’t mean our bodies can’t hack it any more; they mean we’ve just spent 70 minutes getting thumped, clobbered, trod on, clattered and generally treated with gross disrespect, i.e. we’ve been doing our job.

This season – my first season of eligibility for the vets’ team – I’ve been looking at my own game, and trying to figure out what has changed since I started in this ridiculous business 25 years ago (cue Hovis music).

I seem to care more. Or at least, I’m more engaged in the game. As a young player, a passage of play in the opponents’ half was an opportunity for a lounge against the goalpost, or even a nice sit-down on the backboard (I never went for a full-on nap, but at times I was definitely tempted). Today, I’m on my toes at the edge of my own D, tracking the play, shifting my weight each time the ball is switched, shuffling forward or back with each transfer of possession. Partly, I suppose, this is a function of the far greater pace of the modern game – at one time a goalie could tighten their straps, adjust the sit of their helmet, rub the sleep from their eyes and brush their teeth in the time it took the opposition to trundle the length of the field (aye, and in them days it were a field). Now, the ball goes from D to D in around three femto-seconds, and the goalie has to be ready to spring, however arthritically, into action. But I think there’s something more to it than that. I identify much more now with the Barcelona football keeper Víctor Valdés when in a recent interview he said: “I’ve finished games where I’ve hardly touched the ball yet I’ve got to the dressing room dead. You think: why? Because psychologically you’re completely immersed and that can be more tiring than physical exertion.”

I feel, now, there’s no such thing as a quiet game. I’m playing every minute in my head.

And yet, at the same time, I’m more of an all-action goalie than I ever was. I know why, too. It’s because a ball that has been struck at goal is moving, to use a technical term, really really fast. A ball that is being messed about with at the edge of the D is moving much more slowly. I’m simply not as quick to the path of the ball as I once was (this, lest you think I’m trading on former glories, is roughly equivalent to, say, Norman Tebbitt lamenting that he no longer has the dangerous sexual allure he once did). I know there’s a better chance of me making the save if I can get to the ball before it starts on its 80mph bee-line to the backboard. There’s a better chance of me wearing one on the elbow/thigh/sweetbreads too, of course, but that’s what we’re there for. This new approach has really been paying dividends.

Then there are the smaller changes. I’m more cantankerous with my defenders (WHY must they shout motivational slogans while on the line awaiting a PC? ‘BIG SHOUT BOYS!’? I’m trying to concentrate here, FFS!). I’m less patient with young players who confuse ‘warming up the keeper’ with ‘tomahawking the ball at the keeper from four yards’. And you know what? I enjoy it more. I should have got old years ago.