Why field hockey goalkeepers are so important at World Cups 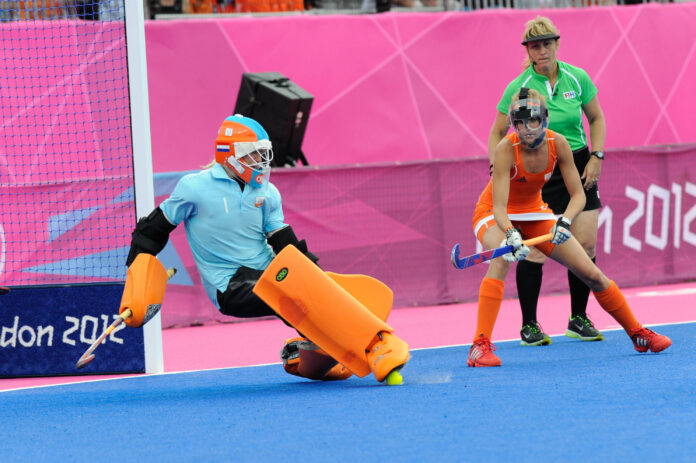 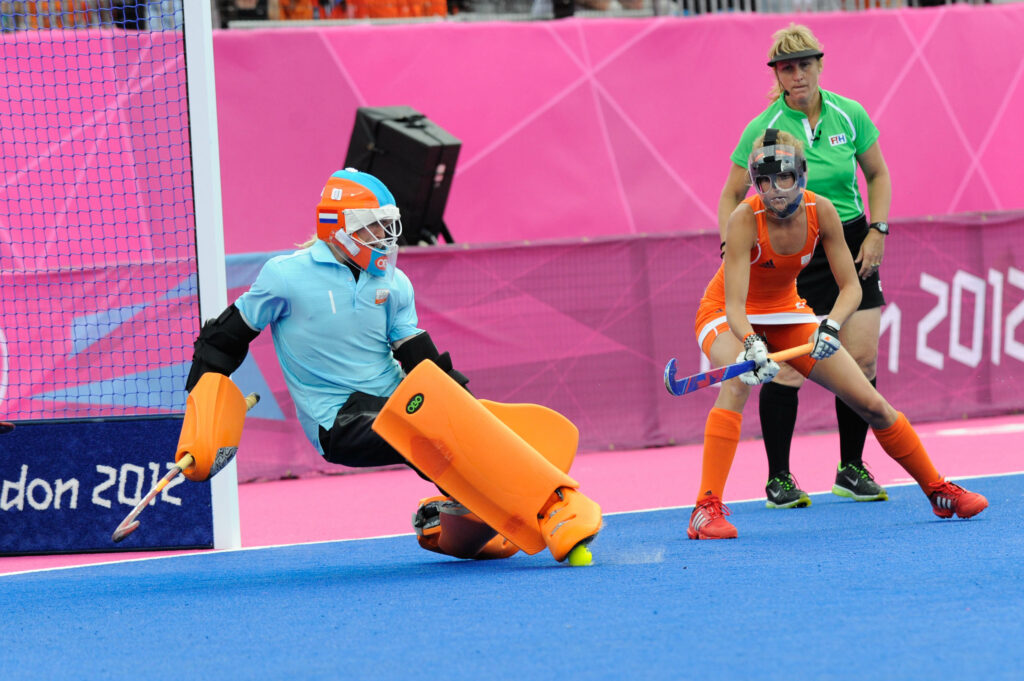 With the World Cup almost here, the teams participating are starting to formulate their strategies on how they will see off their competition and get their hands on that coveted trophy. Big tournaments are won and lost on the smallest of margins, so unquestionably each player in each squad has their own part to play in the tournament. With that in mind it is hard to underestimate the role of the goalkeeper in the quest for glory. The difference between success and failure could hinge on the quality of the number one at a team’s disposal, writes Ross Bone.

There are plenty of examples of where goalkeepers have made the difference on the big occasion. With penalty corners now a massive part of deciding games, especially in the men’s competitions, goalkeepers are becoming specialists in that aspect of the game. In the same way Mink van der Weerden or Ashley Jackson practise flicking penalty corners for hours on end, goalkeepers are also practising keeping them out.

Nicolas Jacobi, the current German number one has carved something of a reputation for himself as a difficult man to beat from set pieces. Most recently he kept out a number of penalty corners in the Hockey India League, helping his side Delhi Waveriders to take the trophy in dramatic fashion. Likewise, keepers such as George Pinner can be seen making full use of their giant frames to repel numerous penalty corners. Pinner’s ability to deny the best around led to him being named goalkeeper of the tournament at the World League finals and helped his England side to a bronze medal. The two are inextricably linked; it is no coincidence.

As well as the increased importance of penalty corners, the new shootout format has allowed goalkeepers to come to the fore when it matters most. Joyce Sombroek, the Dutch goalkeeper made three saves in the shootout of the Olympic semifinal against New Zealand to secure a safe passage to the gold medal match, which they of course won. More recently, England’s Maddie Hinch, renowned for her speed across the ground, her excellent footwork and her outstanding agility has proved to be the difference in some massive games. Hinch saved four times in the semifinal of the Eurhockey Championships against the Netherlands and then twice in the World League finals against Argentina to secure her side a bronze medal. Hinch and Sombroek are two great examples of goalkeepers using their strengths as a deciding factor for their teams.

Goalkeepers are a different breed to other players. Unlike the other positions on the field there is no safety net for a goalkeeper. There is no margin for error. A mistake will more often than not result in a goal. Not everyone can handle the burden of such pressure. It is not just the ability of the goalkeeper that is important, their mentality is crucial. If your goalkeeper does make a mistake or concedes a soft goal, are they mentally equipped to bounce back, put it out of their mind and ensure they are ready for the next shot at goal, or will their performance suffer and lead to more problems for the remainder of the game? We’ve all seen games where a goalkeeper has a bad day and we’ve all seen how that quickly spreads to the rest of the team. A calm, assured goalkeeper who is in control instils those feelings in the defence. A hesitant, panicked goalkeeper will soon make the rest of the team exactly the same.

A great example of this comes from Kim Platten, the German goalkeeper. In the Euroropean championship final against England, Platten conceded two soft goals in the first half. A lesser goalkeeper would have hidden and their performance diminished considerably. Instead, she turned in an outstanding display with a string of top class saves and vital stops in the shootout to give her side the win, and the trophy.

It’s not just their resilience that counts. Flexibility is vital too, in a literal and figurative sense. With the game evolving all the time a good goalkeeper needs to come up with new and inventive ways to keep the ball out of the net at all costs.

The keepers named in each squad for a big tournament often give a clear indication of a team’s chances of competing for the top honours. Take the line ups for the London Olympics as an example. Teams were only allowed squads of 16, so most opted for just one goalkeeper and then a backup goalkeeper in their two reserve players. The teams who named two goalkeepers in their final 16 seemed to be the ones who either did not know who their first choice was, or worse still, did not have faith in the current incumbent. India, who finished dead last in the tournament, had skipper Bharat Chetri between the posts, but they named Sreejesh Parattu Raveendran in the squad, too. Sreejesh actually came into the side for the third game, only to be replaced in the 54th minute of a 5-2 defeat to Germany. They then chopped and changed for the remainder of the tournament, hardly a glowing endorsement of either player’s credentials and hardly a confidence boost for either keeper, or for the defence. Chetri, though not alone, had endured a nightmare tournament and seemingly took the brunt of the blame, falling out of favour with the selectors and losing not only the captaincy but his place in the team.

Another side who named two goalkeepers in their 16 was Argentina’s las Leonas. Whilst they did indeed collect a silver medal, the subject of their first-choice goalkeeper caused them great consternation in the lead up to the games. Their best goalkeeper, Belen Succi, announced she would miss the competition due to falling pregnant, prompting a less-than-impressed Luciana Aymar to say: “She could have waited three months. It’s a tough blow. I wish her the best as a mother-to-be, but for us as a team it is hard. As a goalie, she is huge, and the truth is she’s left us in a tight spot.” When the eight-time world player of the year is compelled to make such statements, you know she is talking about a pretty important player. It is hard to say whether Succi would have made a winning difference in the final against the Dutch but given she has walked straight back into the side since returning to playing you can draw your own conclusions about the quality of her replacements.

Obviously, as is always the case, the headlines in this summer’s tournaments will be taken by the goal scorers who fire their team to glory. However, answer me this: Would you have more chance of winning the World Cup with a below par striker, or a below par goalkeeper? The answer to those in the know is very clear. They might not get the credit they deserve, but goalkeepers are the difference between success and failure.

The England and Great Britain stopper is very much a larger than life character, something which comes through on his Twitter feed. One half of a comedy duo with defender Dan Fox (@Danfox450), Pinner will be worth a follow for an alternative behind-the-scenes look at the World Cup.

Vanasch clearly loves every second of being an international hockey player – something that comes through in his Twitter feed. A constant stream of positive tweets and plenty of photos too.

Plenty of retweets, plenty of conversations with her teammates and her friends from other teams, plenty of photos and plenty of replies to her followers.

Another one posting plenty of behind the scenes photos of her and her teammates. Also Tweets training tips and about Obo kit.

Bailey is also something of a comedy tweeter. His self-deprecating humour and a scattering of jokes towards his teammates will provide a lighter look at the role of the number two goalkeeper.