Corner Kings: Who will take the crown in the Hague? 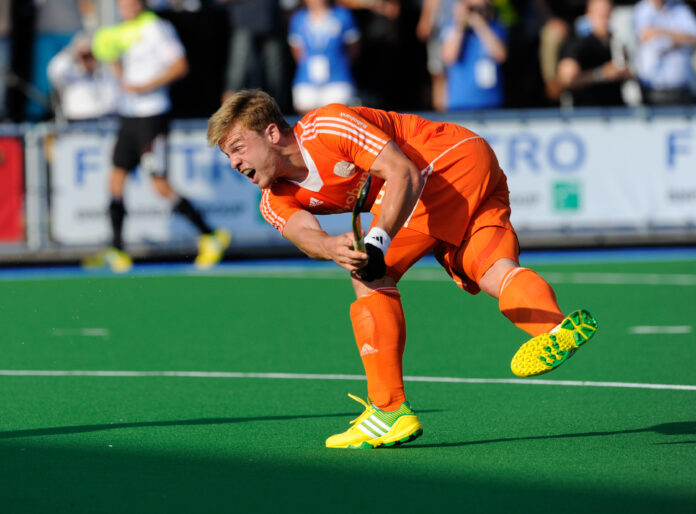 Penalty corners win important  games – here are some of the big guns to look out for at the 2014 World Cup.

The best thing to come out of West Malling since the A20 was built, Ashley Jackson has been England and GB’s best drag flicker for as long was we can remember. All of which makes it hard to believe he is only 26.

Jackson had an absolutely stellar 2010 World Cup revelling in being the reigning International Hockey Federation  young player of the year. He was third in the goalscorers list in Delhi with seven, including three open-play goals. His all-round efforts  four years ago paved the way for a whole new generation of drag-flickers who are also top players.

Characteristics: Jackson’s flicking style is very much his own. His stick is far closer to vertical than most. Power comes from an absolutely massive drag that can produce a fiercely rising ball with little time for the keeper to react. Loves a crisis and loves to be the guy that wins the game.

This muscular 21-year-old is going to be one of the big  names of the 2014 World Cup.  He’s the best young drag-flicking defender we’ve seen since Taeke Taekema burst on the scene at the turn of the century.
Peillat had a relatively quiet World League final with Argentina finishing eighth. But in the all-important round three of the league he netted seven as Argentina marched into the gold-medal game and qualified for the World Cup.

His talent was recognised with a $49,000 bid for his services from The Kalinga Lancers in the Hockey India League. He repaid his masters in spades with eight goals (second only behind Sandeep Singh), including one individual dribble-and-shoot field goal that shows he is far more than a ‘specialist’ flicker.

Characteristics: Generates great ball speed with a low, muscular drag-flicking style. He will be well up the scorers’ list if Argentina play well.

Boon has been one of the most exciting young talents in World Hockey for the past five years and, now 24, he is reaching the peak of his powers. To be honest, the least exciting thing about the HC Bloemendaal striker is his corners – they are fabulous but fade in the memory compared to some of his deadly goal-ward diving deflections, dynamic ball-carrying and fierce shooting both back- and forehand.

Belgium have been climbing up the world rankings steadily. When Boon made his debut in 2008 they were 12th; they go to the Hague ranked fifth and a real prospect for their first World Cup medal.

Characteristics: Far from orthodox, Boon has a very late release with a notable ‘whip’ of the wrists. He looks to be able to disguise the  direction of the flick later than anyone.

The  Brabant Express first emerged onto the World scene in the Dutch side that won the junior World Cup in 2009. The Netherlands lost the final 2-1 to Germany but Van der Weerden was the tournaments leading scorer with 13 strikes – all corners.

The great Taeke Taekema was in job at the last World Cup but Mink, now 25, displaced him in time to win an Olympic silver in 2012  – when he was the Games top scorer with eight (seven corners and a stroke).
At the time of Taekema’s ousting, much was made of the veteran’s supposed defensive failings. Van der Weerden is a strong international defender, rather than a brilliant one, but he is no weak link.

Characteristics:  A honed technique keeps flinging in corners, maybe without the panache of Jackson or Boon, but  with metronomic regularity.

Germany always produce outstanding team corners. ‘Herr Flick’ himself, Christopher Zeller, didn’t  make our list because we haven’t seen much of him lately, but we fully expect the 29-year-old to be in the Hague.
The man-mountain that is India’s  VR Raghunath is one who has made massive strides as a defender and corner taker of late. Australia are less dependent on PCs than some but when they need him the tatooed Kieran Govers is as scary as he looks. For a surprise packet, Malaysia’s diminutive Faizal Saari has a deadly drag-flick.