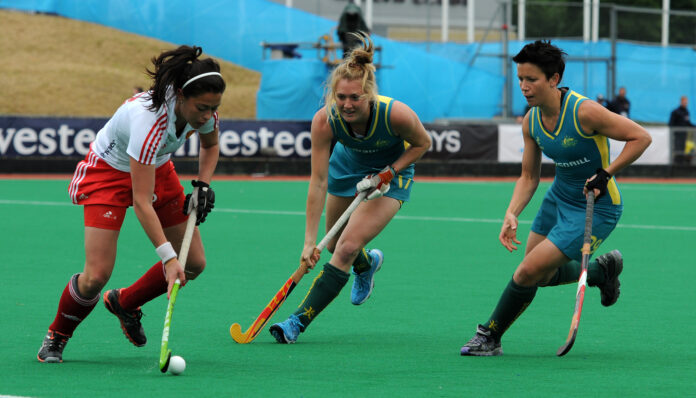 Hockey Australia. has named an 18-player women’s squad for the 2014 World Cup with just just seven of the squad that finished fifth at the 2010 World Cup and nine of those that represented Australia at the 2012 Olympic Games.

Teneal Attard and Madonna Blyth are the only two players remaining from Australia’s last medal at the World Cup – silver in 2006.

Gold medals at the Oceania Cup and World League semi final tournaments, and a silver medal finish at the World League finals in Argentina last November have helped the Australian women to rise to fourth in the world rankings.

Coach Adam Commens said: “We feel this is our strongest squad based on current form. While a couple of our group – Teneal Attard and Georgie Parker – were unavailable to us during the recent Hawkes Bay tournament in New Zealand due to injury, their strong past performances warranted their inclusion.”

Blyth should pass Rechelle Hawkes’ tally of 279 games to become Australia’s second most capped woman during the Hockeyroos’ European preparation fixtures ahead of the World Cup.

Also included is Emily Hurtz. The 24-year-old was a member of the side that qualified for the World Cup by winning the World League Semi Final tournament in London last June. Primarily based in the Netherlands, she plays for Amsterdam H&BC under the guidance of Hockeyroos great and Sport Australia Hall of Famer Alyson Annan.

Commens added: “Emily Hurtz is selected on the back of a strong showing on tour with us in South Africa in January and having performed well during the World League semi final. That form has been backed up by a good training block here in Perth over the past couple of weeks.”

“We’re a team that has shown it can match it with the top sides in the world. There’s a misconception that we’ve been together for a long time but we’ve had significant turnover since the Olympic Games. There’s a lot of talent in our squad though, we performed well in 2013 and we’re aiming to reach the semi-finals. We’re more than capable of reaching that stage and performing well against the top nations. From there, anything can happen.

“The Dutch are the clear number one and they’re in our pool. We’ll get a good indication from that match of where we’re at but I certainly don’t believe we fear anyone in the other side of the draw.”

In addition to Attard and Blyth, 2009 world young player of the year Casey Eastham, Kate Jenner, goalkeeper Rachael Lynch, Georgia Nanscawen and Ashleigh Nelson were all part of the Hockeyroos’ 2010 World Cup squad. 2012 world young player of the year Anna Flanagan, Jodie Kenny and Emily Smith were London 2012 Olympians while Emily Hurtz and goalkeeper Ashlee Wells were reserve athletes for the Olympic Games.

Smith is joined in the forward line by her Crookwell (NSW) childhood friend Kellie White, and there is also a Berri (SA) double with Georgie Parker and Karri McMahon selected. There are call-ups, too, for three athletes that made their senior debuts early last year with Edwina Bone, Jane Claxton and Kirsten Dwyer all included.

“Of those that weren’t selected, Brooke Peris, Jordyn Holzberger and Mathilda Carmichael are all very talented junior athletes with bright futures who were just outside our top 18,” Commens continued. “Jayde Taylor has come back after a long rehabilitation from foot surgery and has performed very well this year. She can consider herself very unlucky but I’m confident she can play a part in the coming months.”

The Hockeyroos have won a medal at the World Cup on five previous occasions, including back-to-back gold medal victories at the 1994 and 1998 tournaments.

The Hockeyroos will depart for Europe on May 12, where they will first play in a four nations tournament against England, Japan and Germany in Bremen. A match against Belgium in Antwerp will provide a last official warm-up game before arriving in The Hague for final preparations, including three unofficial practice matches against Argentina, China and USA.

The Hockeyroos’ opening match of the World Cup is against Korea on Saturday May 31.