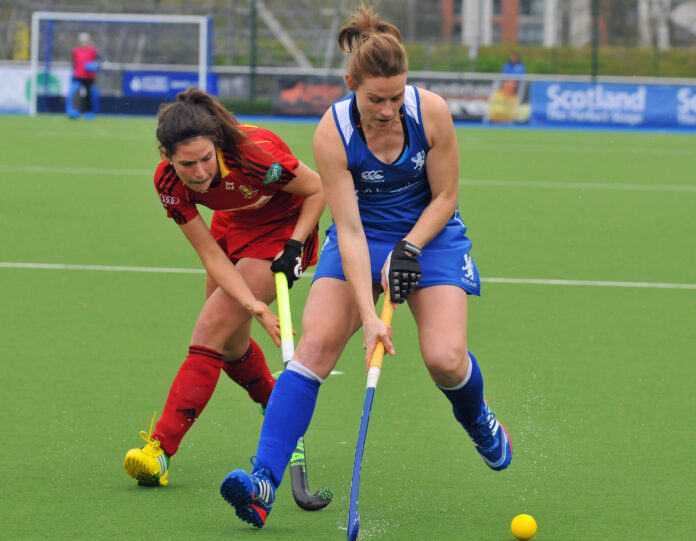 Scotland’s women’s Champions Challenge campaign got off to a disappointing start in Glasgow with a 2-1 loss at the hands of Belgium on Sunday.

The Scots had led through an early Ali Bell field goal, but a second half penalty corner strike from Lieselotte Van Lindt and a wonderful solo effort from Barbara Nelen inflicted an opening day defeat for the home side in pool A of the competition.

Scotland coach Gordon Shepherd said: “I’m disappointed with the result but not with the performance the players put in. I thought they put a great effort in on the pitch.

“Tactically I thought we were ok, we had our opportunities from both penalty corners and open play to get the second goal but we missed out by a fraction each time. That’s international hockey sometimes.”

Scotland face India on Monday evening  at 7pm, a challenge Shepherd is relishing. “It is great that we’re straight back on the pitch against India. If the players can build upon that performance. With the same intensity then I’m sure we can get a victory.”

It was Scotland who threatened to take the lead early on in proceedings; Vikki Bunce’s aerial pass found striker Nikki Lloyd stretching out a stick to flick the ball on goal but Belgian goalkeeper Aisling D’Hooghe was alert to palm away the effort.

The hosts were not to be denied for much longer though; in the 13th minute an excellent combination between Sarah Robertson, Emily Maguire and Ailsa Wylie led to Ali Bell collecting the ball with her back to defender Aline Fobe, the Grove Menzieshill attacker subsequently swivelling to get into position and slam home the opening goal.

Belgium’s players thought they had found an equalising goal shortly before half-time, but Fobe’s effort was chalked off after the umpires agreed that the ball was dangerously high.

However, the Belgians were eventually back on level terms four minutes after the interval, an effectively executed penalty corner set-play concluding with Lieselotte Van Lindt slotting the ball past Scotland’s Nicki Cochrane from Stephanie de Groof’s penalty corner attempt.

Scottish captain Linda Clement was desperately unlucky not to restore her side’s lead in the 51st minute, the goal-bound reverse stick shot being parried to safety by D’Hooghe.

Shepherd’s charges were left to rue the missed opportunity two minutes later as Barbara Nelen was allowed to slalom through the home defence to strike the ball past Cochrane to give Belgium a 2-1 lead.

Despite a final rally in the closing stages, Nikki Kidd being denied twice by D’Hooghe from penalty corners, while Bell was also left frustrated by a point blank double save from the shot-stopper, it was Belgium who hung on to collect the three points.