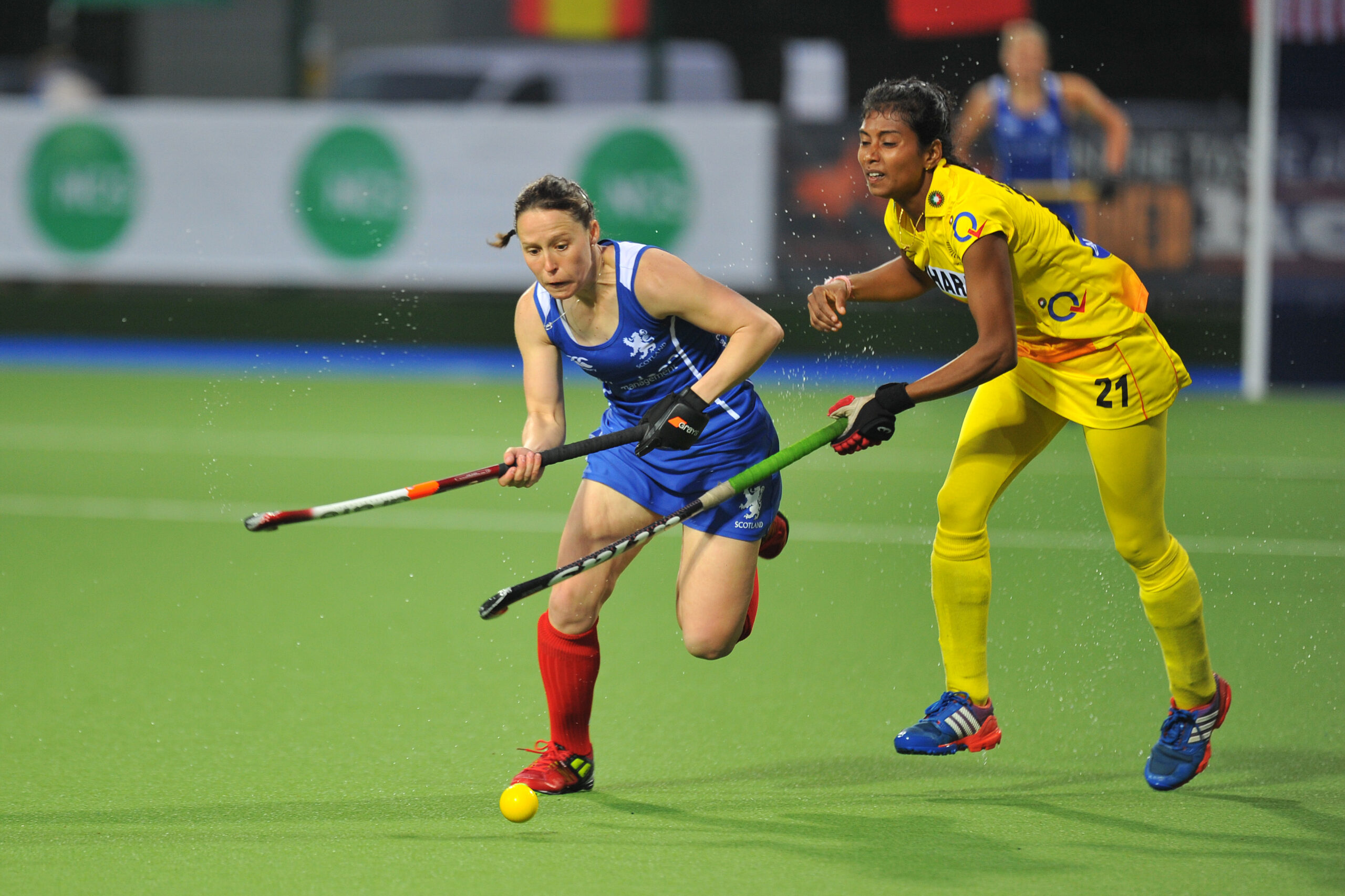 Scotland bounced back from yesterday’s narrow loss to Belgium with a superb performance, roundly beating India 4-0 at the Glasgow national hockey centre this evening.

In front of passionate home support, goals from Nikki Kidd, Emily Maguire, Vikki Bunce and Becky Ward ensured the national side secured a vital win in their quest to top pool A of the competition.

The Scots now move on to play their final group game against Korea on Wednesday afternoon (2pm).

Scotland coach Gordon Shepherd said of his side performance: “Absolutely delighted. Yesterday we got the performance but not result. Today we got the result with one of the best performances this Scotland team has produced for years. We played great hockey for the entire 70 minutes, from back to front. I’m lost for words to describe how good that performance was.

“It was a total team effort, everyone played their part in the win. There wasn’t one stand-out player; there were 17 stand-out players and a reserve goalkeeper who feels every bit part of tonight’s success. That’s what it takes to win at this level and we’ve told the players to enjoy the success. The crowd were fantastic too and the players are very grateful for their support. We now look forward to Korea on Wednesday.”

Scotland made a positive start to the contest, winning a penalty corner in the fourth minute. Nikki Kidd played the ball back to injector Ailsa Wyllie, but the Grove Menzieshill striker’s shot was wide of the target.

In the 11th minute, Ali Bell was denied the opening goal too, her shot brilliantly saved by Savita Savita in the Indian goal.

Savita was again to frustrate the home side four minutes later, her block preventing Kidd’s drag-flick from finding the back of the net.

It appeared as if it was going to be one of those nights for Shepherd’s side; this time replacement goalkeeper Yogita Bali was alert to save Bell’s reverse stick attempt, before smothering Nicki Skrastin’s strike on goal in the 21st minute.

Next it was Cat Ralph’s turn to pepper India’s goal with two penalty corner strikes but yet again Bali was equal to the challenge, pushing both efforts to safety.

India almost took the lead against the run of play in the 27th minute, but Scotland goalkeeper Amy Gibson made a great save from Poonam Rani.

Scotland’s pressure and domination of possession finally bared fruit in the 29th minute. India’s defence struggled to clear their lines, the ball falling to Kidd on the right of the circle and the Canterbury midfielder made no mistake this time, smashing the ball into the far left corner of the net off a defender to break the deadlock.

On the stroke of half-time, the Scots doubled their lead after a determined run and shot from Sarah Robertson cannoned off an Indian defender and fell into the path of Emily Maguire to bundle home the second goal in the 34th minute.

Not content with their two goal lead at half-time, Vikki Bunce slid in to get on the end of Kidd’s penalty corner shot and crash the ball past Bali to register a third Scottish goal in the 41st minute.

Further opportunities came Scotland’s way during the second half, captain Linda Clement diving to hit a Bunce cross narrowly wide of the target and a Robertson effort being knocked away from the net right on the line.

Four minutes from time, defender Becky Ward netted the fourth goal for the Scots from a rebound after Ralph’s fierce shot at penalty corner was cleared off the goal-line.