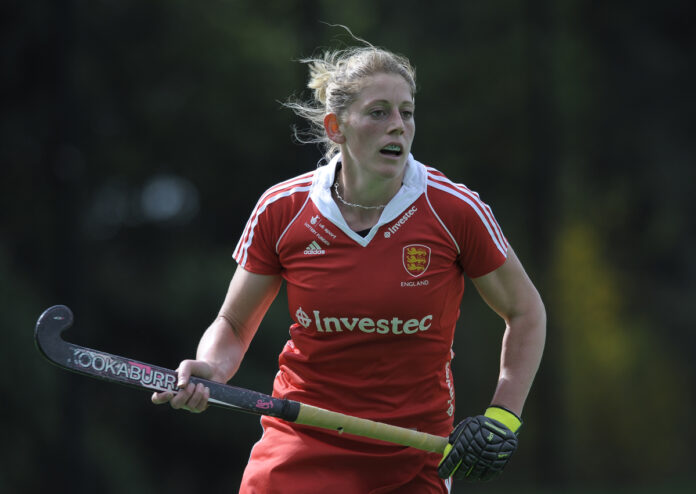 England defeated Canada 6-1 in the first of two capped internationals at Bisham Abbey as the visitors undertake a week of Commonwealth Games preparation at the national sports centre.

Buckingham’s Zoe Shipperley made her England international debut in the win.

England coach Jason Lee said: “It was good to build on some patterns of play we’ve been working on in training and to put those patterns into match play. Even more pleasing was to see those approaches successfully converted into goals. There was a strong intensity to a lot of our play today and it gives us a good platform to build on for the rest of the week.”

Canada’s Captain Kate Gillis got her side off to a dream start as she scored in the sixth minute with a tap in at the far post after a cross was fired in from the left hand side.

Despite being a goal down England held their nerve and it wasn’t long before they started to dominate. Four more goals followed in the first half, all from England, with Ashleigh Ball registering a brace, Susannah Townsend deflecting in from an Alex Danson effort and Sophie Bray finding the target just before the break.

Canada held England off for the opening period in the second half, but eventually Lee’s side found a way through with Susie Gilbert and Hollie Webb both adding to the final score-line to make it 6-1.

England’s next capped game against Canada will take place on Wednesday or Thursday this week and is subject to squad availability.