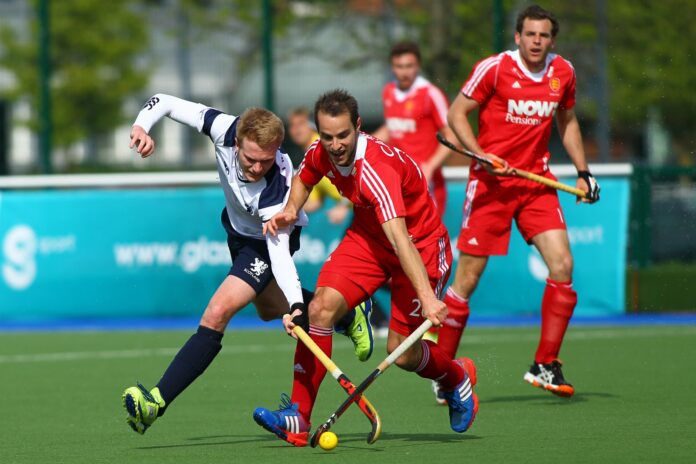 England defeated hosts Scotland 3-1 in their second match of the Four Nations h0ckey campaign in Glasgow on Saturday.

The game was tied 1-1 at half-time with England’s Barry Middleton 22nd minute finish from in front levelled by Chris Nelson’s deflection if front of goalie George Pinner two minutes before the break.

England coach Bobby Crutchley said: “It was a far more positive performance today. We dominated possession for long periods but couldn’t break down a resilient Scottish defence until the last quarter of the game.

“There are still areas we need to improve, we look forward to the challenge that Belgium will present on Monday.”

England could have killed off the game earlier with Ashley Jackson rattling a stroke off the crossbar two minutes before Nelson’s equaliser.

Dan Coultas then put the ball into the D from a free hit on the 25 yard line, and a narrow deflection by Nelson was enough to ensure the ball went between Pinner’s legs.

Both sides began the second period in lively fashion, but it was England who broke through. England broke down the right side and looped round the baseline before the cross was deflected in by Tom Carson. The umpire reviewed the goal after Scottish claims that it had come off a defender, but the goal stood.

Both sides had penalty corner chances in the following few minutes, but all were well defended. But the breakthrough came with five minutes remaining. Jackson edged along the right baseline with great skill before crossing for  Mantell to score.

In the day’s other match Belgium beat Argentina 2-1.

In the final pool games on Monday. Scotland take on Argentina at 9am, England take on Belgium at 11am. Click here for live video.