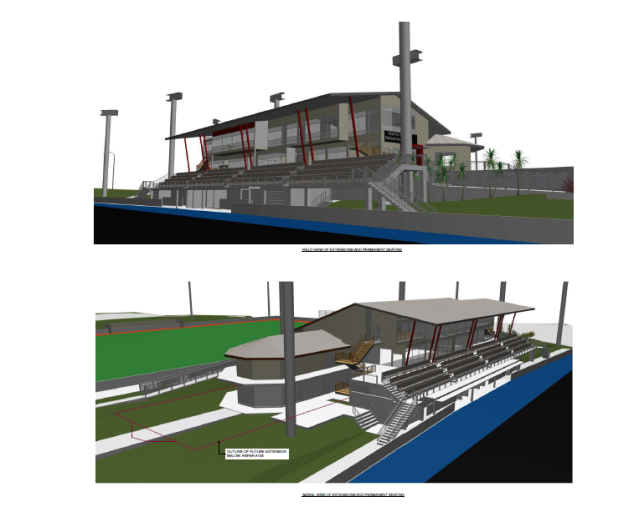 Sport New Zealand’s seed investment of $2.5 million into redeveloping North Harbour’s Rosedale Park into a National Hockey Centre, is a huge boost for the sport, says Hockey New Zealand’s chief executive Malcolm Harris. The venue will be the host for the 2017 women’s World League finals.

Harris says the benefit of having a National Hockey Centre will be three-fold – a future-proofed community facility, a home for hockey’s high performance programme and a venue that will allow New Zealand to attract more world class hockey events.

“One of the six key priority projects identified in our ‘Whole of Sport Strategy’ was to develop world class events and facilities – and Sport New Zealand’s investment will help us achieve this,” said Harris.

The proposed redevelopment is relatively modest – it includes a new viewing terrace with 350 covered seats, uncovered embankment seating for 1,200 spectators, improved facilities for community, regional and national teams, and an office base for Hockey New Zealand’s high performance coaching team.

“This isn’t about building a new stadium from scratch that will only be used for the Black Sticks – it’s about upgrading an existing facility to meet the requirements of both a growing hockey community and New Zealand’s high performance teams,” said Harris.

North Harbour Hockey has the country’s largest year-round player base, with over 4,300 registered winter members and close to 3,000 registered summer members competing in their competitions.

“Rosedale Park is a well-used community facility – the turfs are used for over 200 hours per week, and the venue is the base for the region’s 11 hockey clubs. We’ve seen a steady increase in player numbers over recent years, so there is a real need to upgrade the facilities for our players, coaches, umpires and supporters,” said North Harbour Hockey Association chief executive Riki Burgess.

Harris said there was also an increasing need for Hockey New Zealand to permanently base its high performance programme close to the services being offered by High Performance Sport New Zealand at the Millennium Institute of Sport and Health.

“With this only five minutes drive from Rosedale Park, it makes the site at North Harbour a very sensible option,” said Harris.

Hockey New Zealand is working with North Harbour, Counties Manukau and Auckland Hockey associations to put together a 10 year plan for hockey facilities in the Auckland region, and development of a National Hockey Centre is one part of that long term strategy.

Sport New Zealand chief executive Peter Miskimmin said that it is pleasing to see a national sport organisation have a long term facilities strategy and make good use of existing community facilities at a regional level.

“I’m delighted that this redevelopment will provide a home for hockey’s high performance programme and help attract top international events for country. This represents the next step in the Government’s desire to build a network of world class sports facilities for New Zealand,” said Miskimmin.

“It is a real coup to have won the rights for the World League and we will continue to work closely with the FIH to attract more high profile events as well as develop successful events of our own.

“This redevelopment at Rosedale Park means New Zealand will have a purpose built facility in a major centre which is financially viable. When it comes to broadcast, accommodation, and international flights, Auckland is the obvious option both in terms of cost and convenience,” said Harris.

To ensure that community, high performance and major event needs are all met, a formal partnership has been established between Hockey New Zealand, the North Harbour Hockey Association, and the Charitable Trust which owns the facility.

With a total project budget of $9 million, the current focus is to ensure the remaining funding is secured and the resource consent phase is underway.  The planned construction start date is April 2015 and completion is estimated to be the end of 2016.