Govers returns to Kookaburras for series against New Zealand 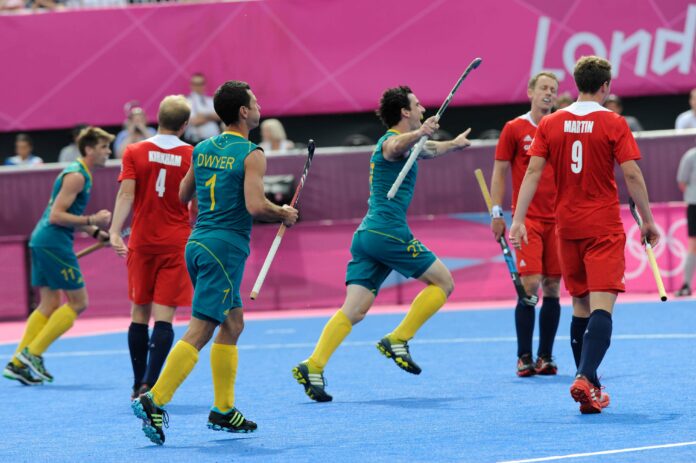 Kookaburras coach Ric Charlesworth will use the vast majority of his 30 man squad across the two matches – the team’s last fixtures before World Cup selection is made in the final week of April. Both clashes will be streamed live online via the Hockey Australia website.

The 18 athletes selected for the opening Test have been announced. Following a record making eighth victorious Sultan Azlan Shah Cup campaign in March the Kookaburras welcome back several stars from injury. Mackay-born Queenslander Matthew Swann returns having last stepped out in the green and gold at the World League semi-final tournament in June 2013. Northern Territorian Joel Carroll also returns from injury and is joined in the side by fellow Darwin product Jeremy Hayward, who impressed in his debut tournament at the Sultan Azlan Shah Cup in Malaysia.

Also returning to the side are two of the Kookaburras’ more experienced stars, Kieran Govers and Simon Orchard. The New South Wales pair were rested for the Azlan Shah tournament but are included in the squad to face New Zealand on Thursday, as is two-time Olympian Kiel Brown.

Discussing the series, Kookaburras coach Ric Charlesworth said, “This is a really important opportunity for us. New Zealand is a quality opponent and in the absence of going out to Europe in the interim these games will allow us to get a measure of where we’re at.”

With the matches a key final stage of selection ahead of the World Cup, Charlesworth added, “The series is timely and for some it’s a critical period. This is a chance for a whole range of people to prove their fitness and show their form. As is always the case there are some athletes that are likely to be selected so long as they’re fit but there are also a number of others who are still being measured. It’s a good situation to be in but it’s very difficult.”

Three athletes will play no part in the New Zealand series. Matthew Butturini continues his rehabilitation from a long term injury while Jamie Dwyer’s recovery from a hamstring injury sustained in Malaysia rules him out. Victorian Andrew Philpott will also be given further time to recover from a shin injury.

It is expected that the remaining fit members of the national senior squad will play their part in the second Test on Saturday evening, although selection for that match will officially be made following Thursday night’s opening clash. Should he play on Saturday, Victorian forward Russell Ford will make his 150th appearance for Australia.

The Kookaburras will begin the defence of the World Cup crown they won in 2010 against Malaysia on 31 May in The Hague. Australia’s men will be looking to become only the third team ever to successfully defend a World title. The Kookaburras have won the tournament twice; in 1986 and 2010.