Hockey: Canterbury and Surbiton through to final 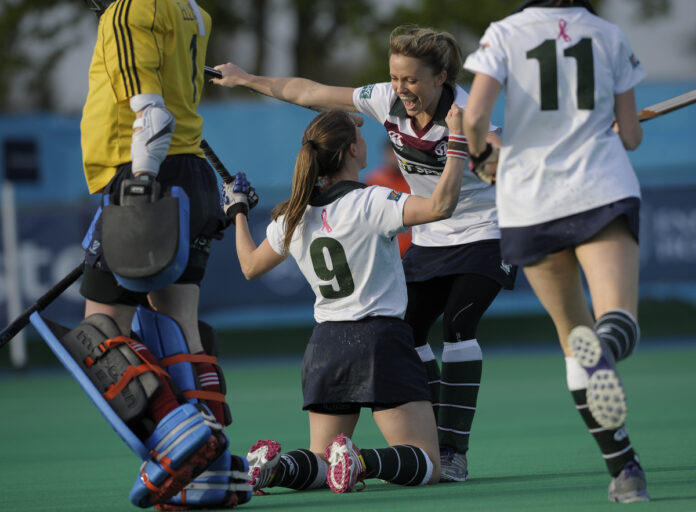 In just their second season of top flight hockey Surrey side Surbiton put in a brilliant performance against defending champions Reading to earn themselves a 4-1 victory and a place in the championship final tomorrow.

In the match before Canterbury saw off Clifton in the first semi-final of the day; goals from Eliza Brett and Anna Baker gave them a 2-0 victory and guaranteed the Kent side a top two finish.

Earlier in the day conference east side Holcombe and premier division Sutton Coldfield took a step towards securing top flight status next season. Holcombe were in fine form as they saw off Buckingham, while Sutton Coldfield came from behind twice to take a 3-2 victory over Conference North representatives Brooklands Poynton.

Tomorrow the losing semi-finalists Clifton and Reading will battle it out for third place at 2.15pm and then the Championship battle between Canterbury and Surbiton will start at 4.45pm. Tickets are still available to purchase at the gate.