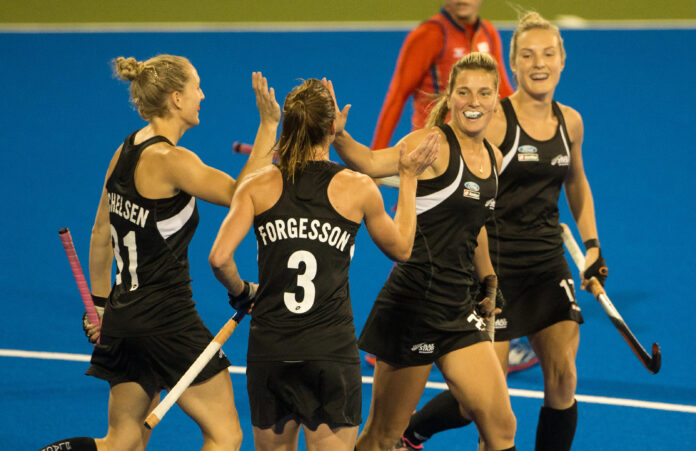 The Black Sticks women have kept their final hopes alive at the Hawke’s Bay Festival of hockey with a convincing 6-2 win against Japan on Thursday.

In other games. Argentina struggled to crack the China defence but ran out 2-0 winners and Australia defeated Korea 5-3.

New Zealand now play Australia on Saturday at 3.30pm (3.30am UK) in a likely decider of who will join Argentina in the final. For live streaming see http://hockeynz.co.nz/​

Las Leonas lead the table with four wins. New Zealand (two wins) will join them in Sunday’s final, thanks to a better goal difference, if they defeat Australia (three wins), and China (two wins) don’t overcome a seven-goal worse goal difference than the Kiwi’s with an unexpected rout of Korea.

“It was a solid performance from us today, but it was what was required. It now sets us up for a good challenge against Australia which is a must win game,” said head coach Mark Hager.

“I thought in the second half the Japanese created some good pressure, and the tempo of the game was slower, but we were able to keep our momentum and capitalise which was pleasing.”

The Black Sticks scored in the 4th minute when Stacey Michelsen skilfully dribbled it into the circle passing it to Gemma Flynn who took the quick shot and scored.

Japan’s captain Miyuki Nakagawa equalised 11 minutes later, but New Zealand bagged two more before half time thanks to a cracking penalty corner drag flick from Anita Punt and a field goal from Sophie Cocks one minute before half time.

The Black Sticks continued their dominance in the second half and maintained the majority of possession. The score extended to 4-1 when Flynn passed it to captain Kayla Whitelock who knocked it in from a tight angle. It went the Kiwis way again when Punt scored a penalty stroke before Japan’s Shihori Shibata edged one back.

The high fives continued for the Black Sticks thanks to Gemma Flynn tapping in a Whitelock penalty corner variation to take it to 6-2.

Argentina were kept uncharacteristically scoreless for the first quarter, unable to penetrate a tight Chinese defensive backline. China looked aggressive at times and got some good forward momentum but struggled to convert their opportunities into points.

Top scorer from the tournament so far, Argentina’s Carla Rebecchi landed a backhanded slice into the net in the 23rd minute and struck again four minutes later to take the score to 2-0.

A frenetic pace was set when the Australians took the field against Korea in the second match of the day. Australia’s Emily Smith tapped the ball in during the first minute of play following an unimpeded attack that had Korea on the back foot from the opening whistle. Korea was next to score off a penalty corner deflect from Park Ki Ju.

The pendulum swung back Australia’s way when Jodie Schulz scored. Korea sustained a series of penalty corner assaults from Australia midway through the first half, managing to block a repetitive barrage of big hits at goal.

Goals didn’t flow again until midway through the second half when Australia’s Anna Flanagan drove the ball into the top right corner of the goal off a reverse slice, and midfielder Kellie White replicated it minutes later.

Towards the end of the match Australia appeared to lose their intensity, letting Korea in with two late consolation goals to Park Mihyun and Han Hye Leoung.  The final score, 5-3.