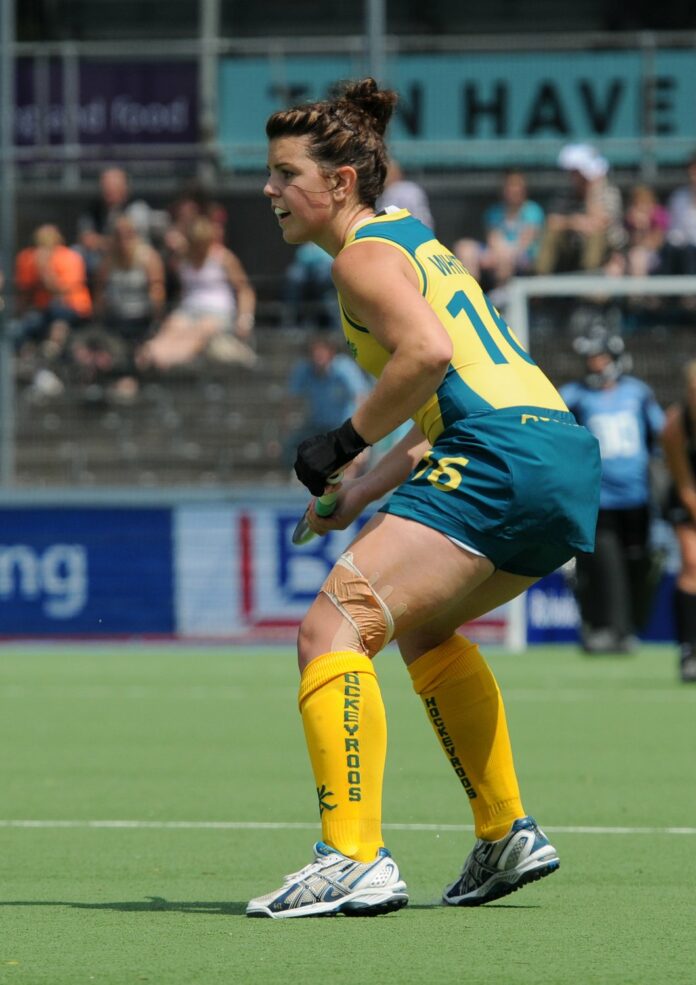 The Hockeyroos took a 4-0 victory over China in their third match of the Hawke’s Bay tournament on Tuesday with Kellie White netting twice in the win.

A first international strike by youngster Mathilda Carmichael was sandwiched by goals from Georgia Nanscawen and White, whose late double gave the Hockeyroos a deserved margin of victory.

Georgia Nanscawen broke the ice scoring the first goal in the 15th minute. Ashleigh Nelson set up what was to be Carmichael’s first international goal as her shot rebounded off Chinese goalkeeper Li Dangziao.

Carmichael quickly snatched up the rebounding ball sending it into the back of the net to give the Hockeyroos  a 2-0 lead.

China fought to stay in the game kicking into gear in the last 15 minutes of the second half however, it wasn’t enough to stop White. Sending the ball into the back of the net in the 59th and 65th minutes, White brought the Hockeyroos to a comfortable 4-0 victory.

Australia coach Adam Commens said, “Tonight’s was a much better performance by us. We physically stepped it up, giving China limited time to make decisions and react through our constant pressure. We intercepted well and created ourselves lots of opportunities.

“It was a great effort by Mathilda [Carmichael]. We use her as a spare forward and it’s not her natural playing position. She’s doing really well and it gives our forwards a bit of a break. I think it’s fair to say both myself and the team are very pleased with her performance tonight.”