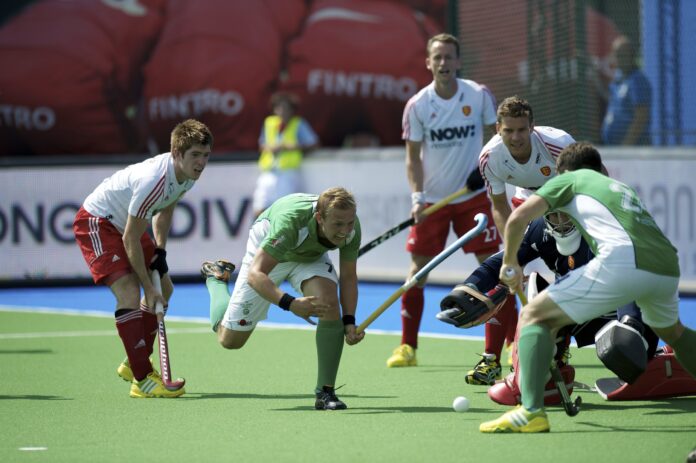 England have named a provisional squad of 22 players to play against Ireland in the NOW: Pensions Nations Cup on Thursday April 10. The cut to the final 18 will be made following the finals weekend.

Of the athletes not selected, Henry Weir, Andy Bull and Darren Cheesman have all been ruled out of selection due to injury. Richard Smith is also still sidelined following surgery on his knee at the start of the year.

Coach Bobby Crutchley said, “The NOW: Pensions Nations Cup marks the start of preparations for what is going to be an exciting summer with the World Cup, Investec London Cup and Commonwealth Games all on the horizon.

“Playing the Netherlands at Wakefield last summer gave some of the less experienced guys a chance to play in front of a home crowd for the first time and it’s great that we get to do that again at Reading [Hockey Club] next week. I will be looking to select the final 18 as late as I possibly can so it’s likely to be on Thursday morning.”

He added, “Ireland are a strong side and we’ve had some great battles with them in recent years. They are a team which is continuously improving and with Craig [Fulton] taking over as head coach no doubt players will be keen to impress ahead of their Champions Challenge tournament in a couple of weeks.”

England and Ireland have a playing history which records show spans back to 1895, with England winning 66 out of the 99 meetings. 15 of the squad will have vivid memories of the team’s last encounter when a 2-2 draw in Boom [Belgium] was enough to see England through to the 2013 European semi-finals, but left Ireland third in their group and battling it out for the lower placings.

The NOW: Pensions Nations Cup will be followed by a training match against Ireland at Bisham Abbey National Sports Centre on Friday 11 April.