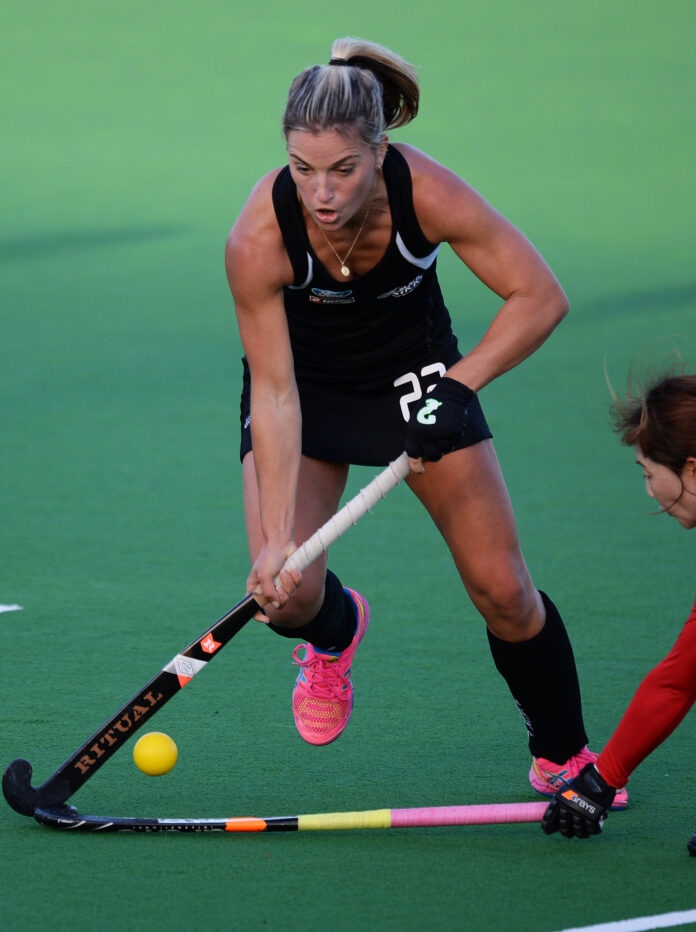 The Black Sticks Women lost 4-3 in their first game of a two test series at the Fuji Xerox Hockey Centre at Auckland Grammar School in Mt Eden on Friday.

Coach Mark Hager said it was disappointing to concede so many goals and although there were some good signs from younger players, the team missed the defensive experience from captain Kayla Sharland.

“We deliberately didn’t have Kayla playing these games because we want to test out other players and give them a chance ahead of World Cup – but it goes to show that we really miss Kayla’s tenacity and leadership in defence,” said Hager.

“We are looking at what other players within the squad can play in that deep defensive position.”

The opening 20 minutes of the game saw a lot of turnover ball and scrappy play resulted in both sides missing opportunities.  The first goal went to the visitors when a defensive lapse from the Kiwis lead to Mi Hyun Park receiving a high pass and knocking one home in front of the goal.

During the second quarter the Black Sticks showed more composure and created chances. A goalmouth scramble ended well for the Kiwis when Sophie Cocks tapped it to Gemma Flynn who evened up the scoreboard.

One minute before half time the Black Sticks were awarded a penalty corner and Anita Punt fired a superbly executed drag flick to the very top right hand corner of the net to give the Kiwis a welcomed 2-1 lead.

The second half was a see-saw affair. It started when Yun Kyoung Cho scored, then the Kiwis snatched back the lead when Sian Fremaux found the back of the net following a penalty corner breakdown, and then the Koreans equalised when Mi Hyun Park scored her second. However, with seven minutes remaining captain Jong Eun Kim scored a field goal and secured the win for her side.

A vocal crowd helped the Kiwis stay in the game with the best opportunity coming in the last minute when Petrea Webster was free at the top of the circle but her attempt at goal was well blocked by the Koreans.

The next game for the Black Sticks is at 4.30pm tomorrow at the Fuji Xerox Hockey Centre, Auckland Grammar School (Mt Eden, Auckland).

The Black Sticks Women then head to Taupo where they play two games against China at Hickling Park (gate sales only). The tests against Korea and China are build-up games ahead of the Hawke’s Bay Festival from the 5-13 April where they will take on Australia, Argentina, Korea, Japan and China.