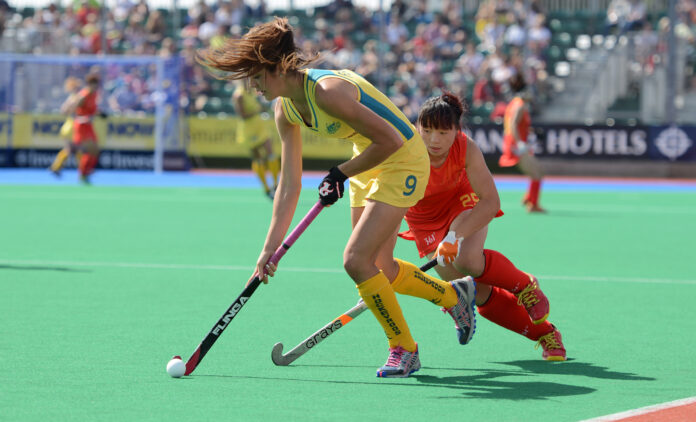 Anna Flanagan took her tally to 20 international goals for Australia as the Hockeyroos beat Japan 3-1 in Perth. The Canberra-born defender struck twice from penalty corners either side of Emily Smith’s goal to help the Hockeyroos to a fourth consecutive win over the Japanese in the five match series.

It was Smith’s fifth goal of the series as the Crookwell forward finds herself in good form ahead of the Hockeyroos’ next challenge, a six nations tournament in Hawkes Bay, New Zealand, which begins next week.

Coach Adam Commens said: “Japan played quite a defensive game tonight, falling away which made it congested in their defensive half. But I thought we dominated possession and territory. It’s difficult to play against that sort of defence and it’s pleasing to get the win and to score three goals. I think we can improve when we get more experienced against that style of defence.”

Commenting on Emily Smith’s good form, Commens added: “Smithy’s had a good period over the last few games. She continually gets in the right place, gets low and she’s brave.”

Before the match, Commens made a presentation to Kobie McGurk, who retired from international duty in November.

After a goalless first half Flanagan broke the deadlock ten minutes after the restart and Smith doubled the Australian advantage almost immediately.

Japan reacted quickly with Akane Shibata on target to reduce the deficit but that there would be no way back for the visitors before Flanagan’s late penalty corner on the stroke of full time gave the Hockeyroos a 3-1 win.