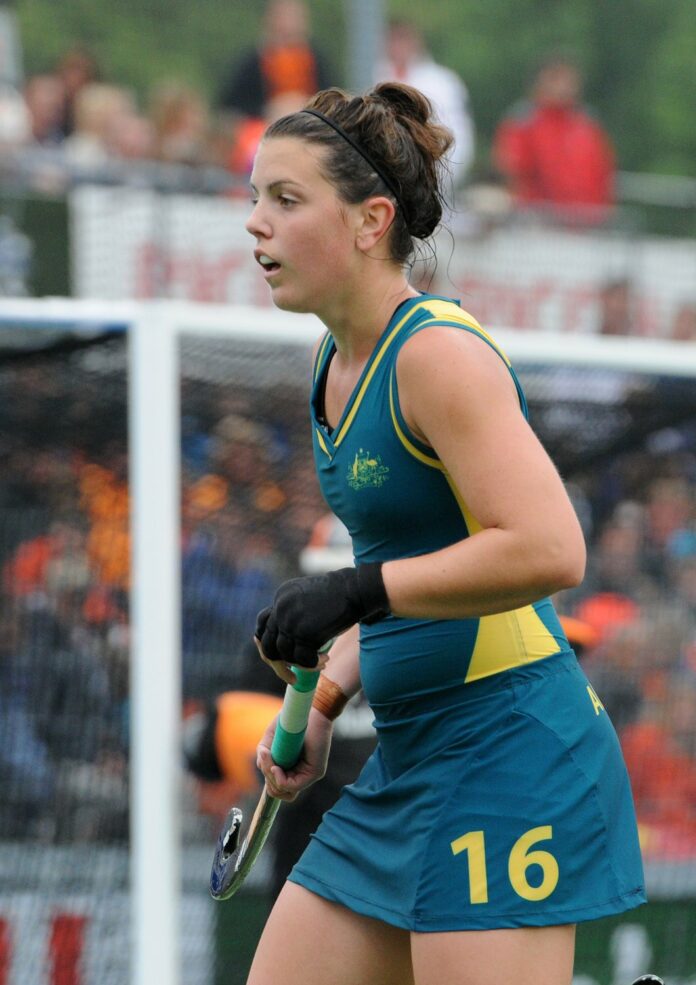 The Hockeyroos won the third test of their five match series 5-2 against Japan on Tuesday night playing back on home turf in Perth, Western Australia.

A topsy turvy first half saw Jodie Schulz put Australia in front with a 19th minute penalty stroke with Japan following closely behind sealing their first goal off a penalty corner in the 22nd minute levelling the scores to 1-1.  Despite good Japanese pressure Australia scored three goals in the space of five second half minutes with Karri McMahon, Kellie White and Georgie Parker all finding the back of the net. Emily Smith grabbed Australia’s fifth with Japan’s Shiho Sakai scoring a late consultation.

Speaking after the match Hockeyroos head coach Adam Commens said, “I was very pleased with the overall result of the game. There were patches of the match where the girls stood out playing well and there were parts of the game where we didn’t. Japan is a tough team to play against, they are very unpredictable and it was clear tonight that they have found their feet on the field.

“The last ten minutes of the game were not our best with Japan scoring off a penalty corner in the final crucial minutes. The game allowed us to string together some good passages of play. Looking into the future we will need to be able to wrest control back through maintaining more possession.”

After a tentative opening 15 minutes Japan’s robust defence was breached as Jodie Schulz fired a penalty stroke into the bottom left corner. However, Japan equalised through Mayumi Ono from a penalty corner levelling the score to 1-1.

Australia kicked into gear early into the second half with three goals from Karri McMahon, Kellie White and Georgie Parker within the space of five minutes. McMahon fired home with a drag flick off the back of a penalty corner to put Australia back in front with a 2-1 lead. Soon after, Kellie White and Georgie Parker teamed up to extend Australia’s advantage netting twice in a minute to make it 4-1.

Midway through the second half Australia earned five penalty corners in quick succession but found no way past Japanese goalkeeper Yuka Yoshikawa.

Hockeyroo Emily Smith stepped up to the mark in the 56th minute sending the ball rocketing into the back of the goal to extend Australia’s much deserved lead to 5-1. Pressure remaining on the shoulders of Japan saw their forward, Shiho Sakai, secure Japan a late consolation with a goal just before the siren.

The Hockeyroos will now head into their fourth test against Japan on Thursday night at Perth Hockey Stadium, 5.30pm AWST/8.30pm AEDT.