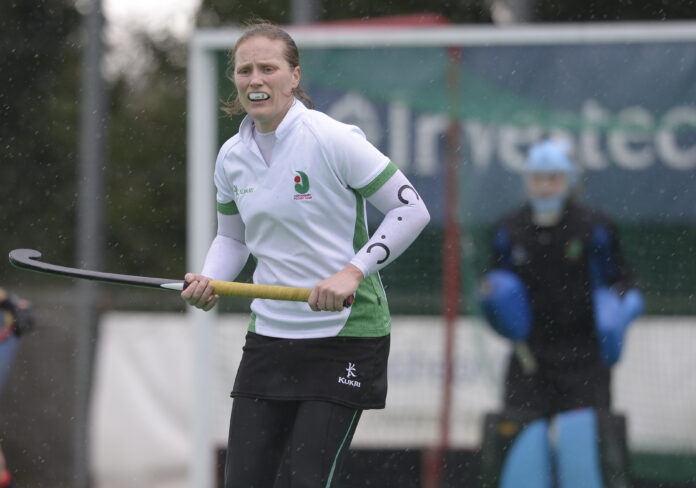 Canterbury finished top of the Investec women’s hockey league premier division by a point and secured their place in Europe next season after beating Clifton 2-0, courtesy of goals from Nikki Lloyd and Kim Young.

Despite a resounding 5-1 win over Bowdon Hightown, Reading finish in second place and must now look to the play-offs to pick up a spot in Europe.

Reading knew that they needed to win to stand any chance of landing top spot and they got off to the worst possible start as Nat Wray put Bowdon ahead inside seven minutes.

But they soon got on top and drew level through Emma Thomas just before the half hour mark. Just two minutes later, Rebecca Halle put Reading in the lead and then a goal from Sam Quek and a brace from Jess Brooker wrapped up the victory.

Surbiton and Clifton had already made sure of their play-off berths but still wanted to end the league campaign with good results.

While Clifton lost to Canterbury, Emily Atkinson and Giselle Ansley got Surbiton’s goals in a 2-0 win over Beeston.

Olton and West Warwickshire lost 4-0 to Leicester as Hannah Fair found the net with two goals from penalty corners.

In the other game of the day, Sutton Coldfield went down 2-1 to University of Birmingham. Sutton Coldfield were already confirmed as the relegation play-off side but a double from Olivia Chilton inflicted their 15th defeat of the season.

Holcombe are runaway champions of the east conference and they ended with a 5-0 win over St Albans. Chelmsford avoid automatic relegation after beating Wimbledon 1-0, although they still have to go through relegation play-offs. Old Loughtonians are relegated.

Brooklands Poynton needed to win to ensure the north title and they did it in style as a Laura Evans brace helped them to a 4-1 win over Kendal. Boots go into the relegation play-offs and Doncaster are relegated.

Buckingham were crowned as west champions last week and they signed off with a 3-0 win over Gloucester City. Barnes must battle relegation and Exe go down automatically.