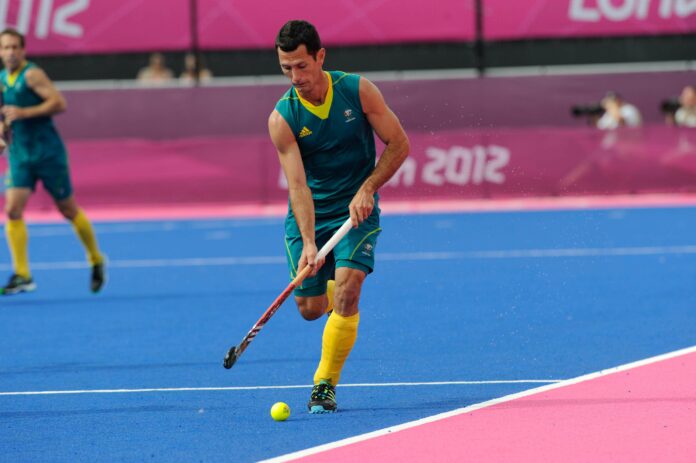 Australia’s Kookaburras maintained their 100% record in the Sultan Azlan Shah Cup in Ipoh on Monday with a resounding 7-0 win over Commonwealth Games opponents South Africa.

Despite being held deadlocked at 0-0 for the first half hour of the match, the Kookaburras took advantage of three opportunities in quick succession to go in 3-0 up at the break.

Trent Mitton opened the scoring just a day after his 50th appearance for Australia before Jamie Dwyer finished a surging solo run with a powerful tomahawk into the far corner for 2-0. On the stroke of half time Nick Budgeon took his tally for the tournament to five as he netted another penalty corner. The Tasmanian has now scored in every one of the Kookaburras’ opening three matches.

In the second half, Dwyer’s unflinching commitment at the near post allowed him to steal in and sweep home for 4-0 after excellent work from fellow Athens 2004 veteran Rob Hammond down the right. Six minutes later it was 5-0 as powerful Victorian Chris Ciriello announced his return with a low penalty corner flick; his 70th international goal.

The Kookaburras were not done yet however. Daniel Beale added his name to the score sheet with quarter of an hour remaining finding the back of the net with a composed upright tomahawk to make it 6-0 before captain Mark Knowles rounded off proceedings crashing home a loose ball for 7-0.

Goalkeeper Andrew Charter was called upon to make one top drawer save to preserve the Kookaburras’ outstanding defensive record, gloving a close range shot over the top of the crossbar shortly after he had replaced Tyler Lovell.

Acknowledging that at times in the first half Australia were thwarted by dogged South African defending, Kookaburras coach Ric Charlesworth said, “I expected a reaction from South Africa because they had a bad match against China [South Africa lot 5-0]. We had chances to score before we did but we didn’t take them and that’s frustrating. We tried a few things on corners – it was a chance to experiment but you still want to score them.”

With the Kookaburras sitting top of the standings with nine points from a possible nine and yet to concede a goal in the competition, Charlesworth added, “You want to be in a position to get to the final and we’re in a good position but we’ve got to win one of our next two games. I would expect the games against Korea and Malaysia to be tighter.”

Queenslander Matt Gohdes missed the match with a bruised foot after being struck in Sunday’s contest against Canada. X-rays showed no sign of a break and he is expected to be in contention to play in the Kookaburras’ next match.

The Kookaburras meet Korea in their next match on Thursday night. The game – set to be Liam De Young’s 300th appearance for Australia and Jake Whetton’s 50th – gets underway at 11pm AEDT / 8pm AWST.