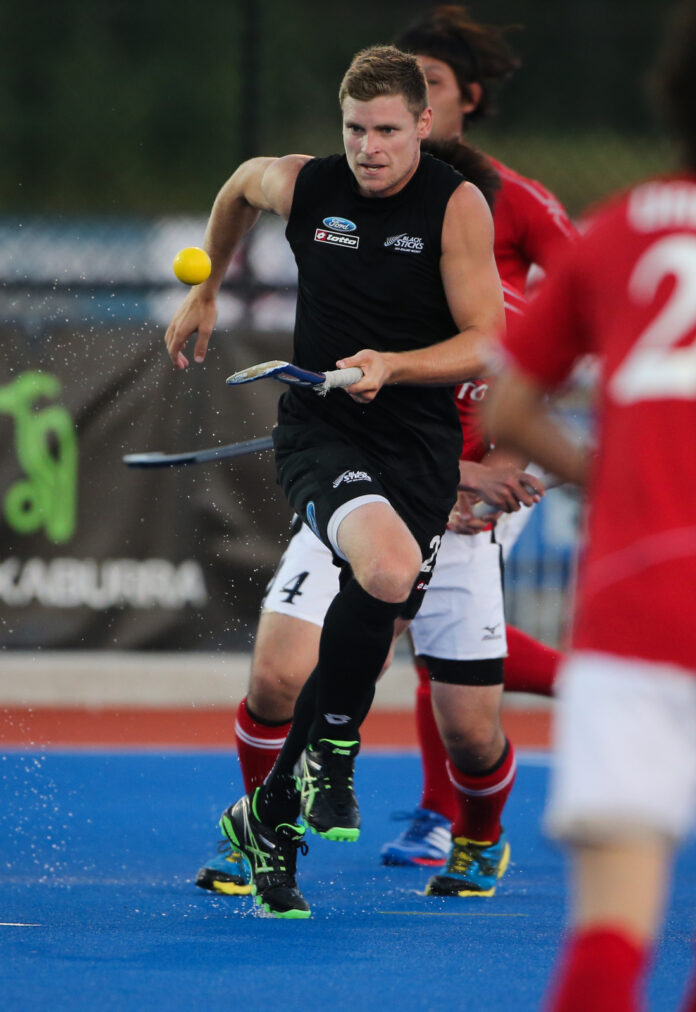 Striker Stephen Jenness scored a double in his 100th test as the Black Sticks stormed to a 5-1 win over Japan in the final game of the series in Tauranga on Friday.

Tonight’s game was played in calm conditions, having been rescheduled from Saturday night due to the incoming Tropical Cyclone Lusi.

The Black Sticks were dominant all over the turf and played their most cohesive and impressive game of the series.

Along with Jenness’ double, Hugo Inglis also scored a brace of goals while Simon Child also added to the tally.

Head coach Colin Batch said it was pleasing to finish with a clear series win.

“We’re very pleased with the series, we learnt a lot. To continue our progression on a positive note tonight is pleasing,” Batch said.

“We got a lot of opportunities going forward and I’m sure the strikers enjoyed their success up front with some great goals.

“Japan were good competition for us and we’re very happy to have played them as an important part of our preparation for Champions Challenge.”

It took the Black Sticks just 10 minutes to find the lead when Simon Child scored his 100th international goal after running onto a brilliant lay-off into the circle and smashing the ball home.

In the 15th minute Hugo Inglis added to the score sheet with an impressive run of play leading up to his perfectly placed field goal.

Soon after the centurion Jenness celebrated his milestone with a goal of his own, scoring with a powerful shot over the goalkeeper’s right shoulder.

That took New Zealand into halftime with a 3-0 buffer over Japan.

Inglis and Jenness both added to their goal tallies in the second half while Japan managed to score a consolation goal close to fulltime through captain Koji Kayukama.