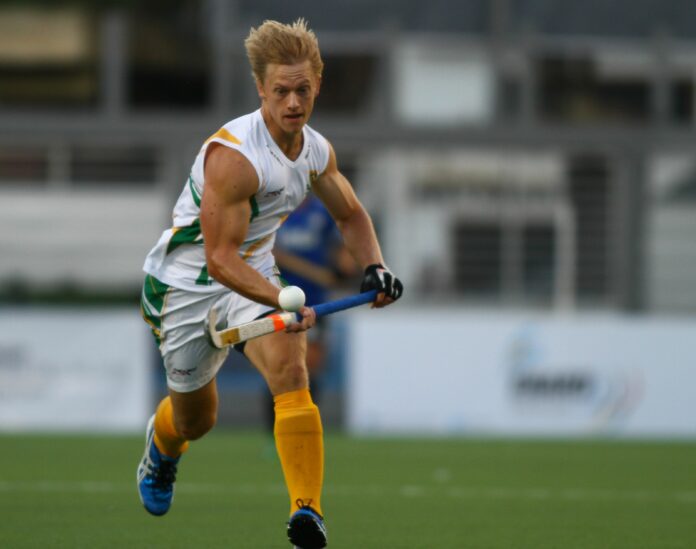 The world’s 12th-ranked South Africa men’s hockey team were edged 3-2 by world number 13 Malaysia after the scores were locked 1-1 at half-time in the opening round of the 23rd Azlan Shah Cup tournament in the city of Ipoh in Malaysia Thursday.

On an exceptionally humid evening, SA withstood early pressure and in the sixth minute keeper Rassie Pieterse made a reflex glove save to his left from a flying deflection but in the 10th Shahril Saabah was on the end of a fierce cross from the right for the opening goal.

Eustice chose the same option and the turf-sizzler evaded keeper Haffizudan Othman to his left for the equaliser in the 16th minute.

Two consecutive Malaysian PCs came and went while Pierre de Voux came agonisingly close to getting a stick onto captain Wade Paton’s powerful flick into the penalty area. But Malaysia continued to reap reward out of attacks down the right flank and in the 24th there was a heart-stopping moment for SA supporters from Rashid Baharom’s effort.

Explosive striker Faizal Saari was causing SA all sorts of problems in front of goal, yet in the 28th Jonty Robinson worked the left-hand baseline to win another PC for SA, which was followed by another – and Paton’s rising flick from the slip-left pass off the top of the strike zone was turned away from the goalline by Fitri Saar, standing on the far post.

The chanting, singing home crowd exploded in the eighth minute of the second half (43rd) when Player-of-the-Match Baharom took a quick self-pass to score from an acute angle on the left.

SA won a fifth PC two minutes later but Eustice’s low flick went past the post. Malaysia then enjoyed a purple patch, during which a number of goal shots were saved, to the consternation of the drum-beating home fans.

Penalty corners came and went but the brave SA defence repelled the threat and in the 55th the Africans won a sixth PC. The world-class combination of corner injector Robinson and trapper Tim Drummond did their bit and drag-flicker Eustice made no mistake with another turf-burner for the equaliser(2-2).

A superb block with his outstretched stick by first-wave Robinson stopped yet another Malaysia PC and Dylan Swanepoel made one of many fine tackles by the SA defenders during the match shortly after, but Faizal Saari kept his composure to make it 3-2 from a PC in the 62nd minute.

In the dying minutes striker Julian Hykes drilled a power shot into the sideboard after good work by Drummond but the spoils were deservedly Malaysia’s.

“I am disappointed with the result,” said SA head coach Fabian Gregory at the post-match press conference. “Malaysia were exceptional in the one-versus-one situations – and this was probably the most disappointing aspect of our play. As a result, we conceded too many penalty corners but at the same it must be said that our PC defence was fantastic.

“Another disappointment was that we didn’t get sufficient return on investment out of the turnovers we won.

“We gave ourselves enough opportunities to score – and our PC attacks were very good, but a couple of players need to put their hands up, I am expecting an improvement from our strikers.

“I am looking forward to the China match [2.05pm SA time Friday], they had good patches of play against Australia despite the [7-0] defeat.”

SA defender Rhett Halkett will only play in matches three, four and five as he has Dutch club commitments over the weekends.

In the early game world number one Australia beat world 25 China 7-0 after leading 3-0 at half-time.