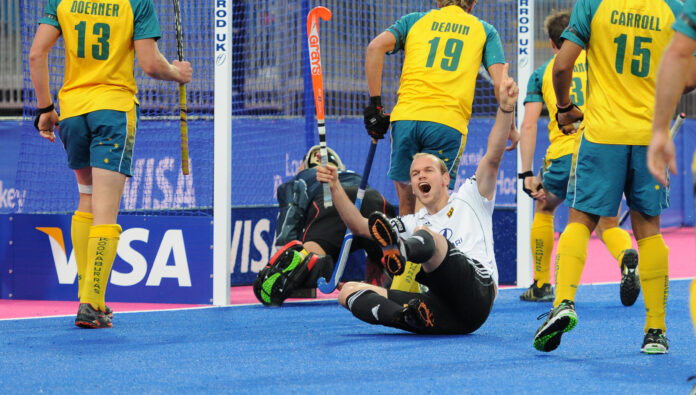 Olympic champions Germany defeated South Africa 5-3 in the third and final Test at Hartleyvale in Cape Town on Saturday after leading 3-2 at half-time.

Eight goals, including four in the first 15 minutes, was the story – and Martin Zwicker opened the scoring in the third minute with a field goal.

SA took a 2-1 lead after penalty corners from captain Wade Paton and Andrew Cronje in the seventh and ninth minutes but Germany equalised in the 15th through Thilo Stralkowski’s field goal.

Two minutes before half-time (33rd) a Lukas Winfelder penalty corner took Germany into a 3-2 lead at the changeover before Marco Miltkau’s field goal 13 minutes into the second half (48th) gave the Germans a two-goal cushion.

SA pulled one back when Dan Sibbald netted a field goal in the 53rd minute. Trailing 4-3 with 17 minutes left, the South Africans had much to play for.

But another Winfelder penalty corner in the 57th re-established Germany’s two-goal cushion and served to make the 5-3 victory.

SA umpires Riaan Osman and Erik Etsebeth only saw fit to give two green cards (two-minute sin-bins) while for SA it was another exemplary clean sheet.