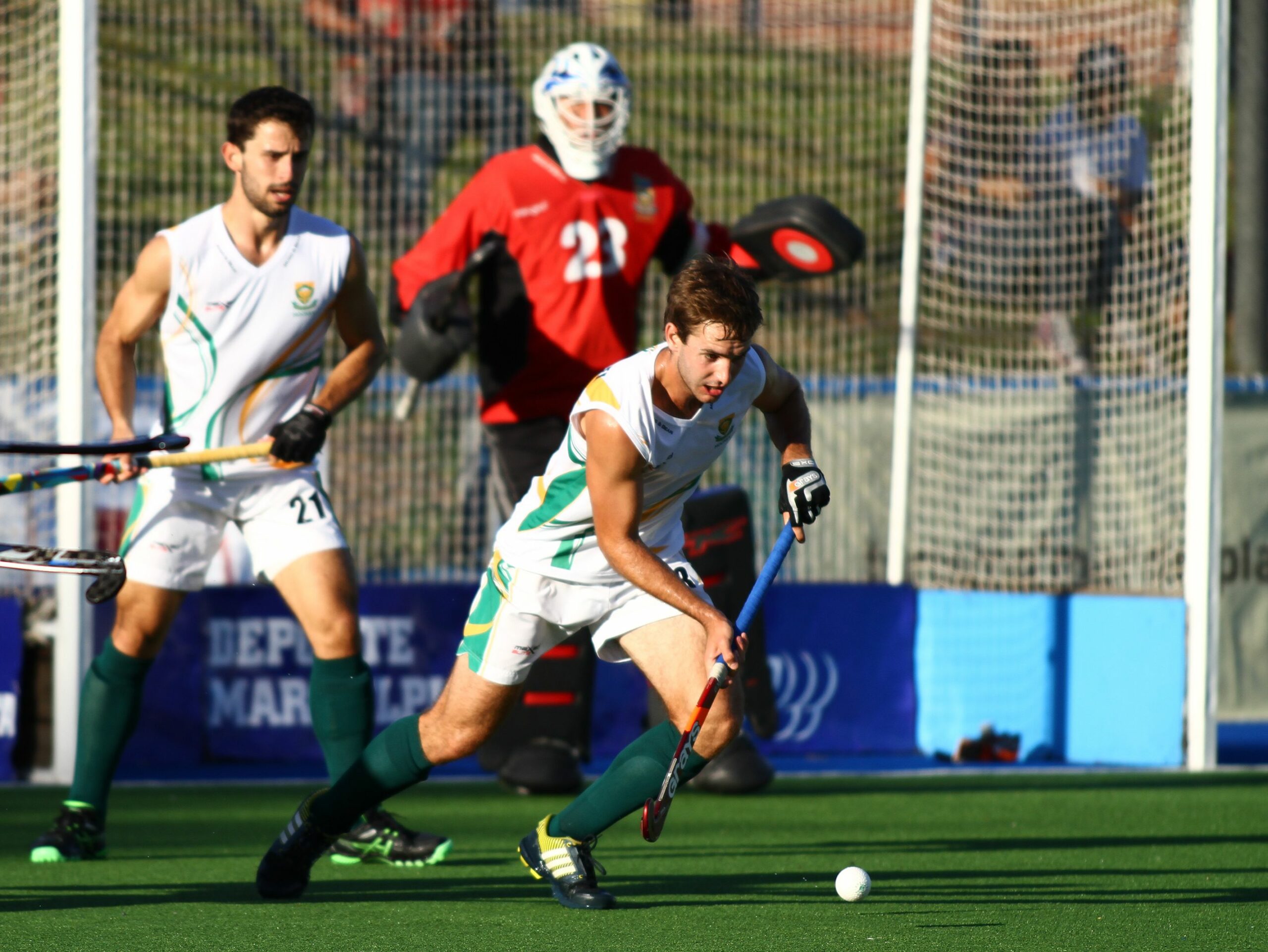 A fresh-looking South Africa men’s hockey team completed the first-stage of their World Cup preparation with a hot-tempered 2-2 draw in the fifth and final test against Argentina.

South Africa, under recently appointed head coach Fabian Gregory, took the lead in the 26th minute of Friday’s test in Mar del Plata. Muscular midfielder Clint Panther made the goal with a strong run along the left-hand baseline forcing a fine save from keeper Juan Vivaldi only for Nick Spooner to follow up on the rebound .

A lapse in concentration saw Juan Vilas steal in to equalise from Pedro Ibarra’s pinpoint cross for 1-1 in the 31st minute.

SA restored their lead the 47th minute when Lungi Tsolekile took a free-hit in the attacking third of the field and passed infield to Geowynne Gamiet, whose immediate transfer saw Ignatuis Malgraff turn beautifully before nailing a superb goal so fluid in its execution (2-1).

A great chance to increase the lead followed soon after but Gamiet couldn’t find an unmarked Malgraff lurking just inside the penalty sport.

The last 20 minutes saw the game turn increasingly ugly with some hot-tempered incidents on both sides.

Argentina equalised in the 52nd minute when the ball trickled in from a Lucas Martinez effort (2-2).

There was some brave defending by SA in the face of a sustained Argentine assault. First wave penalty corner defender Pierre de Voux made a key intervention at one set-piece while Erasmus Pieterse pulled off a series of top-class saves.

The match ended in a heated atmosphere with huge protests by the South Africans at the umpiring decisions.

Two incidents when the ball was played after the whistle had gone, saw SA central defender Jethro Eustice take two blows, the second leaving him poleaxed on the field and requiring care from the SA bench after the final whistle.

SA supremo Dylan Swanepoel was excellent in all facets and arguably deserved a man of the series award.

The result gave Argentina a 4-0 series win but SA showed steady improvement as the series wore on.