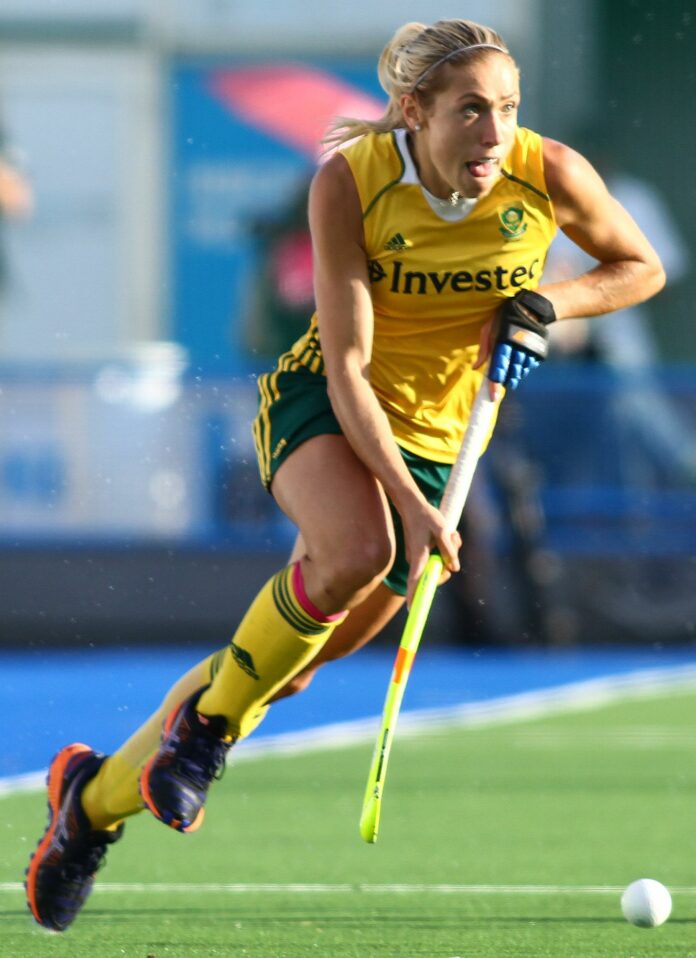 A series of fine saves from set-piece and open play by inexperienced goalkeeper Anelle van Deventer kept the Investec South Africa women’s hockey team in the game during an action-packed fourth Test against Argentina Thursday but the world’s second-ranked team did enough to win 3-2, having gone into the break with a 2-1 lead.

The reigning World Cup champs’ win against a fiercely determined SA team gives them a 4-0 series lead, but the player of the day had to be University of North West student Van Deventer, who made more than a dozen top saves in the match.

Eight-time World Player of the Year Luciana Aymar gave the SA defence a torrid time with her mazy runs, while Carla Rebecchi got a brace with a penalty corner goal in the 22nd minute and the winner from open play in the 56th.

An Agustina Albertario strike in the 16th made up Argentina’s set of three goals, but it was the sheer grit of pacy SA runner Bernie Coston who took a quick self-pass before shrugging off heavy challenges to set up Celia Evans’ crisp strike for the opening goal in the fifth minute.

Then followed a 15-minute period of marked Argentine dominance in which Van Deventer repelled ace PC drag-flicker Noel Barrionuevo on numerous occasions, but the pressure eventually told when Albertario equalised in the 16th minute with a powerful strike into the backboard.

Another quality Van Deventer save came after Daniela Sruoga picked up a loose ball but a fifth PC in the 23rd minute saw Rebecchi make no mistake for the 2-1 half-time score.

Evans had a great chance to draw level in the 26th but her shot was well saved by Argentine keeper Laura Aladro. The girls in green and gold had other chances in the match, and equalised soon after the break (38th) through the hardworking Illse Davids.

Some dubious PCs were awarded to the Argentines but the fact is that they managed to win an impressive 10 in the match, which was a mark of their dominance.

That said, Argentina only won by the odd goal in five and that measure underlines how a determined underdog, unwilling to give an inch without a fight, that refuses to bow down to a more illustrious opponent, can upset the applecart at World Cups.