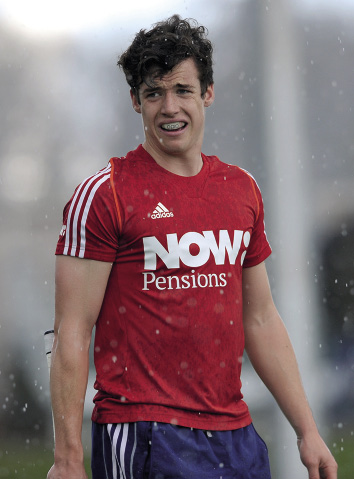 A very Happy Christmas and a prosperous new year to all Push readers. I promised the editor that I would write something about Christmas, and at one stage I was starting to regret the offer. Hockey tends to take a break over the Christmas and new year period and so there’s not much going on that I could write about. But I seemed to recall that taking a mid-winter break is a relatively recent trend, and so I paid a visit to my box of hockey memorabilia in the attic to see if I could find some evidence to prove this. I found two 40-year-old fixture cards for consecutive seasons. One is for 1971-72 and the other for 1972-73. The latter contains a complete set of fixtures for every Saturday from 30 September through to 14 April. No Christmas or new year breaks there. But the other card was quite an eye-opener.

In the 1971-72 season both Christmas Day and New Year’s Day fell on a Saturday, and there are fixtures shown on both days! Those were in the days before league hockey and most clubs had a set of block fixtures which were invariably carried over from one season to the next. The previous occasion on which Christmas had fallen on a Saturday had been in 1965, and I am left wondering whether the fixture secretary had just carried over the previous season’s fixtures without realising what he was doing.

The discovery jogged my memory. I remember that there was every intention of going ahead with the Christmas Day fixture, right up until the last few days before Christmas. Ludicrously enthusiastic people like myself never missed an opportunity to play, and the absence of a number of first XI players could result in me making my first-team debut. However, it soon became clear that a number of mothers, wives and girlfriends were unsympathetic towards their menfolk playing hockey on the great day (and it is interesting to note that none of the three women’s teams had Christmas Day fixtures) and the numbers dwindled until we could not raise enough players to field one team, let alone six. However, I am fairly certain that the New Year’s Day match went ahead as scheduled.

For those who were disappointed at the cancellation of the Christmas Day match, there was always Boxing Day. Although I know that a few clubs still run these, Boxing Day matches seem to be on the verge of extinction. It’s a shame really, as they were a great hockey tradition and I have played in or umpired quite a few. It was certainly an excellent way of shaking down an excess of Christmas pud and clearing the head. One match I played in was nearly cancelled due to snow, but some bright spark claimed that there was an ancient club tradition of playing the game with a football and with one side armed with shovels and the other with brooms. After a couple of minutes it turned out that it was a ridiculously hazardous version of the sport, and it was consigned to the dustbin of history. Previous generations must have had ankles made of cast iron, and loved playing hockey all the year round – including Christmas Day!