Do all hockey goalkeepers obsess over clean sheets? 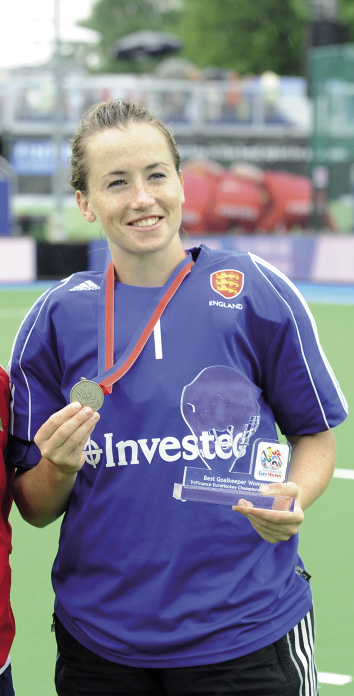 We adore them. We treasure them. We keep them in a special place in our injection-moulded hearts. The Hockey Paper salutes a goalkeeper’s clean sheets.

I know. There’s no ‘I’ in ‘team’. A 1-0 win is no more worthy of celebration than a close-run contest that ends 45 to 44. Points are what count. Victory for the team. Only obsessively introspective loners worry about clean sheets – and that’s not a description you could apply to any top-level goalkeepers, right?

And yet, and yet. The clean sheet maintains a death-grip on a part of the goalie psyche. It’s to do with responsibility; it’s to do with the basic facts of what we’re out there to do. That achingly hollow thud as ball hits backboard – the echo of it rattles around and around in the goalie’s helmet, and what it says is: ‘Oh, for Heaven’s sake, you had one job…’

Outfielders have other consolations – forwards most obviously of all, as they can score goals in a losing cause and walk off the field thinking, ‘Well, I did my bit’. Not us. A goal conceded is a frank affront to us. And however certainly we know that it wasn’t our fault, however overwhelming the odds were against us, however foul the abuse we rain down on the rank incompetents who have the brass neck to call themselves ‘defenders’ – we know. We were there to stop that happening, and it happened anyway.

So just as there’s a sort of primal goalie-shame in having one’s clean sheet spattered with unsightly goals, there’s glory in repeated clean-sheetage. Formally or informally, goalies keep track of these things – many clubs have their equivalent of the football Premier League’s ‘Golden Glove’ award for the goalie who’s gone the most games without conceding.

Of course, this makes no real sense in terms of measuring a goalie’s worth (to do that you’d have to take into account the proportion of shots saved, and even then you’d be missing numerous other variables). It’s about glamour – the inexplicable charisma of the clean sheet.

But does the goalkeeper’s love of a clean sheet really make a difference out there on the pitch? Can it really be a factor in a goalie’s performance? I’d say – and here I expect to be buried beneath an outraged hail of oddly-shaped sticks, sweaty tubigrips and unrinsed abdominal protectors – that indeed it can.

Obviously, the score is paramount. Protecting your team’s lead – or keeping the opposition’s lead within reach – is every goalie’s primary motivation.

But goalkeeping is a business of small margins. A tiny psychological edge can make a real difference. As you wait tensely on the line and the oppo line up that 65th-minute PC, a clean sheet-in-waiting might give you that edge. For some goalies, a 1-0 lead might subconsciously seem somehow more valuable than a 2-1 lead (the thinking might go something like: ‘After all that hard work, I’m buggered if I’m going to let them spoil it for us now…’) – it might be worth that extra ounce of effort, that extra bead of sweat. The selfishly goal-obsessed striker is a well-worn cliché (not without good reason…); we hear less about clean-sheet-fixated goalies, but that doesn’t mean they’re not out there.

Other goalies might feel the opposite: that defending a 2-1 lead is more important because, well, you’ve already screwed up once – now that your forwards have bailed you out by banging in two, you’d better not let them down again.

I guess the point is that, however much we sweat, bleed and sustain nasty bruises for our teams, there’s a tiny bit of us that sees the game not just as three points won or lost but as a personal mission. The team comes first – that’s as it should be. But the team isn’t everything.