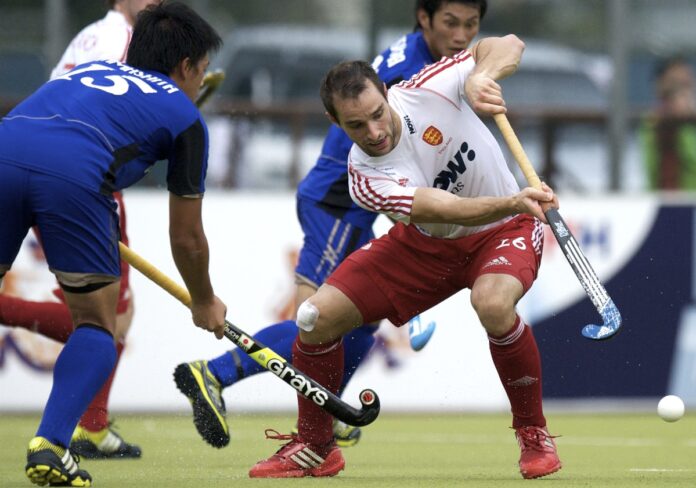 England finished their ERGO Hamburg Masters campaign with a 3-2 victory over Ireland – a team they will meet again in the pool stages of the European hockey championships beginning on August 17.

After England went into half time with a 1-0 lead, Ireland twice equalised in the second half to leave the sides at 2-2 before Nick Catlin got the winner, to give England a much-needed win following defeats by the Netherlands, also in England’s European pool, and Germany.

Coach Bobby Crutchley said: “I was pleased we got the win. We made it harder than we should have done but we dominated possession for some periods of the game so we should be happy with that.

“At times we were a touch sloppy in possession but we battled well against a tough Irish side. Generally our hockey in this tournament has been below par but I think if we sharpen up in the final third we will score more goals.”

England’s first goal came through Tom Carson after a cross pass from David Condon was deflected, leaving Carson to tap in.

After the break Ireland’s equaliser came on 48 minutes when the ball was passed to Kyle Good, who at 12 yards out had time and space to pick his spot. However three minutes later England were back in front after good work from Alastair Brogdon on the left, with Darren Cheesman deflecting Brogdon’s cross high into the net.

Shortly after his goal, Cheesman was given a controversial green card and Ireland capitalised on the extra man advantage by again equalising, this time with Conor Harte flicking home a penalty corner to score despite Barry Middleton’s attempt to keep the ball out.

With five minutes left, England got the winner from their fifth penalty corner of the match. After a mistrapped ball at the top of the circle, Nick Catlin popped the ball over the number one runner’s stick and smashed home to give England the result they wanted.

Germany won the tournament overall on goal difference, after they drew 2-2 with the Netherlands later in the day, with both sides looking strong ahead of next month’s EuroHockey Championships.

England are in action on home turf next week in the NOW: Pension Nation’s Cup as they continue their preparations for the EuroHockey Championships. Tickets are available now for the three-match test series against the Netherlands, visitenglandhockey.co.uk/nationscup for more information.

Hockey Matters: Strength and conditioning for the Masters player