London 2012: GB crash out of semi-finals with a 9-2 hammering from the Dutch 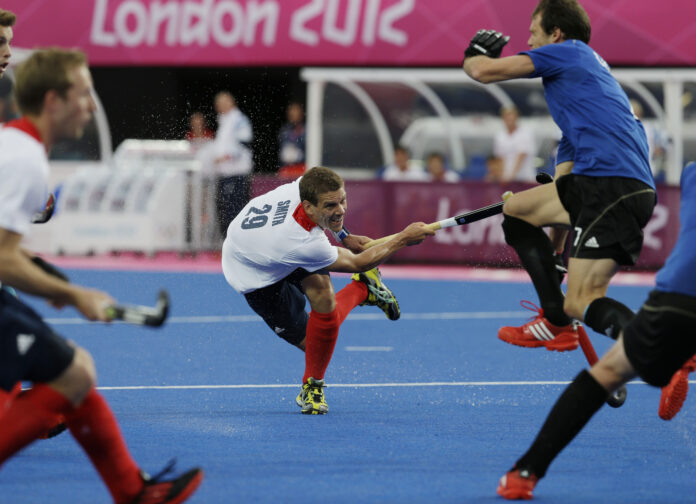 The Dutch, however, will go into the gold medal game against Germany with serious injury problems. Klass Vermulen has a broken collarbone from a collision with Glenn Kirkham  and will not be fit. Corner ace Mink van der Weerden was hit on the foot by a Matt Daly hit and will have a scan tomorrow.

The Dutch were always ahead in the game after taking the lead through a Rodrick Weutshof PC in the ninth minute. Weusthof added a second six minutes later, officially an open play goal but coming from a mis-executed corner.

And while Ashley Jackson thundered in a drag flick corner after 18 minutes, the Dutch motored to a 4-1 half time lead with a corner from van der Weerden and the first goal of Billy Bakker’s open-play hat-trick. 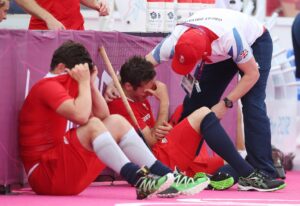 GB regathered at the start of the second half and stemmed the Orange tide momentarily until Bakker scored again (44 min). Them the dam broke with goals to Teun de Nooijer, skipper Floris Evers, Bakker again, and another Weusthof PC. Only Rob Moore’s 65th minute deflection goal, from a Kirkham cross, saved Britain hitting a new low point in their Olympic record.

GB coach Jason Lee said: “We are all very embarrased with the result and mostly with the performance. Holland made the pitch very big for us so we had a lot of one-to-one battles and, in the end, we lost a lot of them.

“I think we were a little bit slack for a few of the goals, but when it got to 4-1 our intention was to try and get back and so we kept trying to attack and that opened us up. We got reckless far too early.

“We lost our game half-way through the second half which makes it a challenge for the bronze medal game,” Lee said.