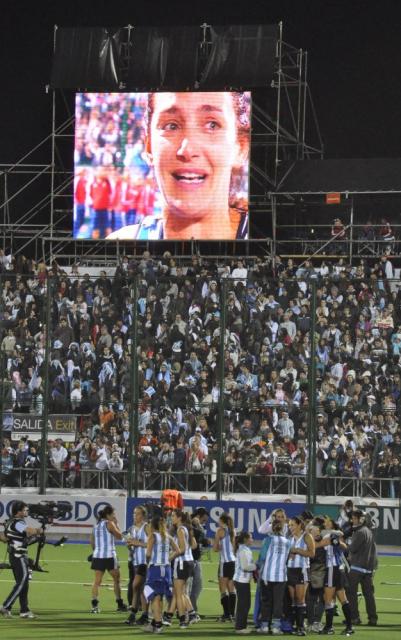 A Carla Rebecchi strike and a Noel Barrionuevo corner had the hosts two-up inside 10 minutes. One could only admire the Dutch resolve as they slowly worked their way back into the match.

It took until the 44th minute for the reigning champions to open their final account – almost inevitably it was Maartje Paumen who unleashed a powerful corner rocket into the roof of the net and flipped the off-switch for the crowd.

Belen Succi then produced an excellent double save from a Dutch corner variation followed by the best PC save of the tournament – getting her left glove to a Paumen rocket that had equaliser written all over it.

Carla Rebeccci added a second Argentine goal in the 54th minute, but the courageous Dutch kept coming with Minke Smeets to the fore.

It wasn’t to be, as las Leonas delivered a victory right off the scriptwriter’s page.

Argentine skipper Lucuiana Aymar (pictured) had a quiet night but deservedly picked up the player of the tournament award.

The crowd roared, the flares burned, the drums thumped and the songs started. 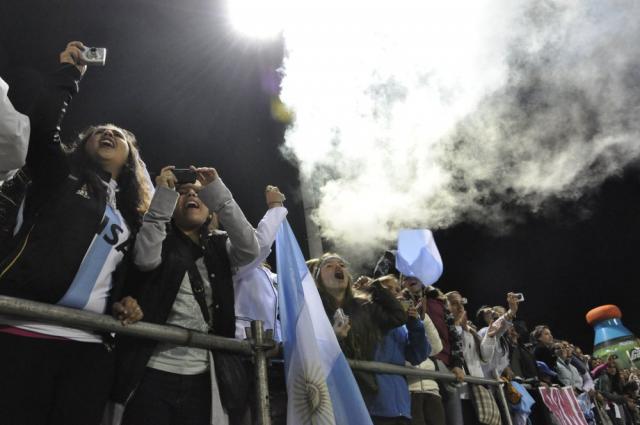